THE government of Uganda is planning to invite six Chinese companies to compete for contracts worth up to $US 8.3bn to expand the country's railway network. 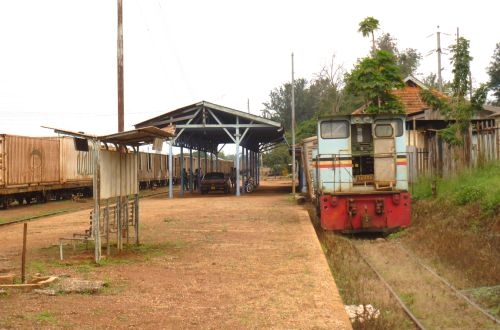 The new standard-gauge network will improve railfreight services compared with the existing metre-gauge network which has suffered from years of neglect.
Photo Credit: US Army Africa/Wikimedia Commons

Ugandan works minister Mr John Byabagambi told Bloomberg that Uganda has signed an exclusivity agreement with China but he declined to name the companies in question. He said that bidding documents will be ready by July 10 and that the intention is to sign engineering, procurement and construction contracts.

Byabagambi says the new standard-gauge network will speed up freight shipments and carry heavier loads than the country's existing metre-gauge network. The first phase of the project encompasses around 1000km of lines from the border with Kenya to Rwanda, and to a town close to the border with the Democratic Republic of Congo. Work on a new line to Gulu and on to South Sudan will take place later, Byabagambi says.

The proposed developments in Uganda follow the start of construction in Kenya on a new line from Mombasa to Nairobi which will be extended through Uganda to the Rwandan capital, Kigali. The Kenyan project is expected to be completed in 2018 and cost $US 13bn, with Byabagambi stating that funding is being sourced from China and Russia.

In addition, Tanzanian president Mr Jakaya Kikwete said in April that his government, along with Rwanda and Burundi, are seeking transaction advisors to secure financing for a $US 4.2bn cross-border railway.