THE UGANDAN government has confirmed it is terminating Rift Valley Railways’ (RVR) concession to operate the country's 1918km metre-gauge network because of poor performance. 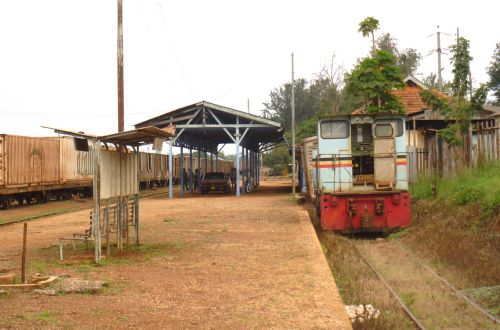 Uganda’s finance, planning and economic development minister Mr Matia Kasaija told the parliament on June 8 when he presented the country’s $US 8bn 2017-18 national budget that “the management of the Uganda railway will revert to the Uganda Railways Corporation.”

The minister’s statement comes after RVR CEO Mr Isaiah Okoth told IRJ in an interview that the consortium is pushing Kenya Railways Corporation to allow it to take back control of infrastructure. RVR is also seeking for a strategic investor to pump in funds after years of poor performance.
However, Kasaija has not given details of the termination, when the process is likely to begin, and what it would involve.

Meanwhile, the minister said Uganda would this year complete acquisition of 84% of the alignment of the $US 2.3bn Malaba - Kampala standard-gauge line. The 273km electrified line will be built by China Harbour Engineering Company (CHEC).

CHEC is currently carrying out a bankable feasibility study for the line, which is expected to open in 2020.

The government is also seeking $US 3.58bn in loans from China to finance construction of the Malaba - Kisumu - Naivasha standard-gauge line.