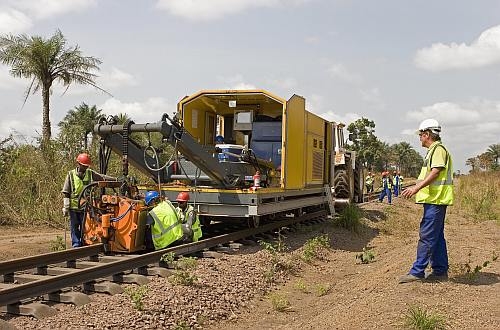 He said railways in Sub-Saharan Africa suffer from many deficiencies including inadequate infrastructure and poor productivity, while facing strong competition resulting in low traffic volumes.

Des Longchamps also said there has been poor governance of concessions, a lack of regulation, inconsistent government policies, a failure to provide funding, and unrealistic expectations."We need to adjust rail projects to reality," he said. "We also have to take on the challenge of maintenance, and benchmark it with American or European systems."

Looking to future, des Longchamps said: "Strong rail regulation is essential, but concessioning is not always the answer, but where it is agreements should be based on key performance indicators. Rail strategy should be progressive and sustainable, and governments should honour their commitments."

The new World Bank approach will focus on freight and providing services that customers want. Projects will be designed around sustainability with adequate maintenance and reliable operations. The World Bank will also press for strong regulation and fight against an ideological approach.