NATIONAL Railways of Zimbabwe (NRZ) is technically insolvent, according to a report presented to the Zimbabwean parliament last week by the comptroller and auditor general, Mrs Mildred Chiri, who says most of the NRZ's equipment is life-expired, and the railway is afflicted by an ineffective tendering process. 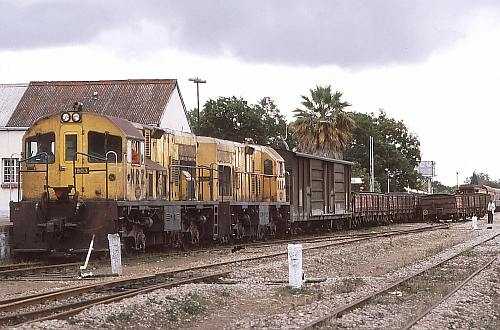 NRZ made a loss of $US 35m last year, and with negative working capital of $US 22.9m it is unable to meet its short-term liabilities with its current assets.

"This means that NRZ is technically insolvent," explains Chiri. "NRZ attained a gross loss of 22% during the year mainly as a result of the 25% gross loss on freight services. This is mainly because of low business volumes during the year as the operating capacity for most industries averaged about 35%. The ratio of staff costs to revenue of 71% is unsustainable." NRZ currently employs around 8600 people.

Chiri says a review of tender documentation revealed there was no evidence that NRZ evaluated the value of the prices quoted by suppliers, adding that deficiencies in the adjudication process have resulted in unrealistically high prices being accepted by the tender committee. NRZ is also said to be crippled by aged assets resulting in frequent failures and unsustainable repair costs.

NRZ has been operating without a board of directors since the expiry of directors' contracts in June 2009. This means decision making falls to the general manager, a military man, and the permanent secretary in the Ministry of Transport and Communications.