Carsten Wiebers, head of department for aviation, mobility and transport at KfW IPEX-Bank, talks to Robert Preston about the benefits of separating ownership from the operation of new fleets for urban and regional services. 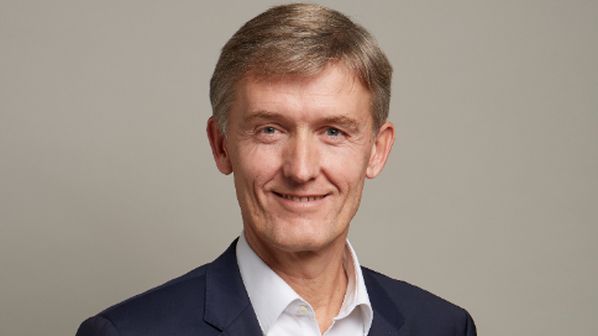 Carsten Wiebers, head of department for aviation, mobility and transport at KfW IPEX-Bank.

KFW IPEX-Bank is the commercial arm of Germany’s state-owned bank KfW, specialising in project and export finance. It has long been involved in financing new passenger rolling stock for urban networks and regional services, and is also heavily engaged with the major European wagon and locomotive leasing companies such as VTG and Alpha Trains.

In 2020 rail accounted for €2.16bn, or 9.8%, of KfW IPEX-Bank’s total commitments. “We are planning to increase this figure year-by-year,” says Mr Carsten Wiebers, head of department for aviation, mobility and transport. “Transport finance will continue to be an important focus sector which we want to expand.”

For urban and regional networks where the local passenger transport authorities that award operating contracts are seeking to introduce new rolling stock, KfW IPEX-Bank is actively promoting its asset ownership model where the new fleet is owned by a separate company that then leases the rolling stock to the operator.

“The participants focus on what they do best,” Wiebers says. “The operators operate, while the investors and passenger transport authorities invest. The authorities have secure, long-term assets, which means that they can offer shorter concessions to the operator. There is greater transparency regarding the separation of operating expenditure from capital expenditure.”

He also points out that the asset ownership model can overcome resistance on the part of the operator to innovation such as hydrogen or battery traction.

The authorities have secure, long-term assets, which means that they can offer shorter concessions to the operator.

“The passenger transport authority invests in green assets and offers them to operators willing to operate them,” Wiebers says. “You can also reduce investment costs by pooling fleets for several passenger transport authorities.” The asset owning company can move new trains between the authorities according to their requirements, and in the long term take residual risk and provide off balance sheet financing. “For us it doesn’t matter if it is a public or a private asset owning company,” Wiebers says.

Ultimately supported by the state through the subsidy paid for operating local passenger services, the company would enjoy “a debt rating one or two notches below the sovereign and excellent financial terms.” This would depend on the legal framework of the company, its contractual relationship with the state and the wider legal environment.

“Investment in urban transport has been neglected for many decades, and local transport authorities are looking for new financing solutions,” Wiebers says. “Tightening public spending and the demand for cleaner public transport is causing a financial crunch which demands innovation in organisation and structures. With one transport entity it is difficult to make rapid decisions. You will be able to move faster if you untangle these various interests and different entities.”

In Germany, the asset ownership model has been applied in Berlin-Brandenburg, where a fleet of 31 battery EMUs has been ordered from Siemens for the East Brandenburg network, which Niederbarnimer Railway (NEB) will operate under a 12-year contract with transport authority VBB from December 2024. KfW IPEX-Bank has provided €70m towards the €199m cost of the new fleet, which will be owned by a newly-created entity under the umbrella of rolling stock leasing company Alpha Trains, which has also financed the project. The new company will own the trains and lease them to NEB, with financing independent of the operating contract.

A similar asset ownership structure has been adopted for the fleet of 19 tram-trains ordered from Stadler for operation in Chemnitz under contract with the Mid Saxony Transport Authority (VMS). KfW IPEX-Bank is lending €55.5m towards the €198.3m cost of the new fleet, which is due to enter service in June 2026.

“You can apply this model to any region or municipality on a global basis,” Wiebers says. “And that is what drives us to promote this model and thus make a positive contribution to the environment and to combatting climate change.”

While Wiebers says the bank has become one of the leading financiers of rolling stock in Europe, it is looking to expand its presence, including in Africa and the Middle East.

Infrastructure investment is a particular target. KfW IPEX-Bank has been involved in infrastructure projects in Egypt, Ethiopia, Nigeria, Tanzania and Turkey. And with many substantial projects in the pipeline, Wiebers expects infrastructure support to soon supersede rolling stock in the share of the bank’s lending. “The sheer size of these investments increases our commitments substantially,” he says.

KfW IPEX-Bank’s rail experts are located close to customers in offices in Singapore, Mumbai, Abu Dhabi, Istanbul, Johannesburg, New York, Bogotá and São Paulo. With the German government its ultimate owner, naturally it has a close relationship with German and various European companies. However, Wiebers says it does consider suppliers beyond Europe such as from South Korea and the US for mobility finance contributing to CO₂ reduction in transport.

With investors increasingly eager to put their money into green assets, the outlook for funding new rolling stock and rail infrastructure appears favourable. But with the wider economic impact of the war in Ukraine and the ensuing sanctions on interest rates and materials such as steel only just beginning to be felt, Wiebers feels that speed is of the essence.

“What will be important in the months and years to come will be the speed of decision-making, to secure production slots and favourable interest rates,” he says. “It is most likely that it will continue to get expensive. Egypt moved quickly to secure finance for their turnkey contract with Siemens, and I think we can all draw a powerful lesson from that. It’s not going to get cheaper and you don’t want to waste your money.”