Britain’s rail reform announced, but how will it work?

The long-awaited and much-anticipated Williams-Shapps Plan for Rail was finally published in May, more than a year later than planned. Richard Clinnick asks whether it was worth the wait. 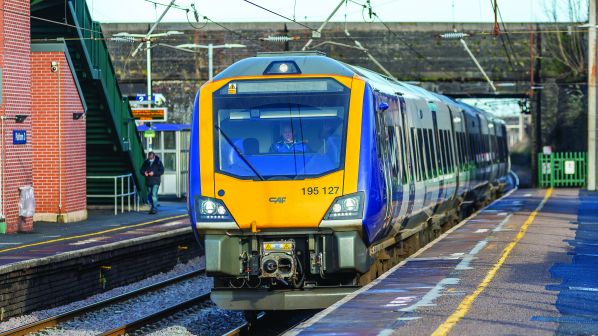 BY the end of the current parliament in 2024, the British public will have seen radical changes on the railway system, secretary of state for transport, Mr Grant Shapps, told the Transport Select Committee (TSC) on May 26.

These reforms have been recommended in the Williams-Shapps Plan for Rail, published on May 19, which seeks to lay out what will be the biggest shake-up of the British railway industry since privatisation in the mid-1990s.

Gone will be the franchising model, in place since 1996, while micro-management of the industry by government, so heavily criticised, will be removed. Instead, a new body, Great British Railways (GBR), will be given a binding mandate to, as its primary focus, serve the interests of passengers, freight customers and taxpayers as well as growing rail usage.

GBR, it is claimed, will not just be a larger version of infrastructure manager Network Rail (NR); elements of the Department for Transport (DfT) and Rail Delivery Group responsibilities will be part of its remit. Quite how that will work has not been confirmed.

It was back in September 2018 that former British Airways CEO and chairman, Mr Keith Williams, was appointed as the independent chairman tasked with producing a review of the railway and its governance. Critics suggested that there had been 30 reports before it, so why would this make any difference? But the feeling was that it had to.

The Williams Review, as it was initially known, was commissioned in the weeks and months following the disastrous May 2018 timetable change, when two of Britain’s largest franchise operators, Govia Thameslink Railway and Northern Rail, were brought to their knees through the introduction of new timetables that simply did not work.

The Williams Review should have been published in autumn 2019, but it ended up being published as a White Paper on May 19 2021. Williams told the TSC seven days later that “it was pretty much ready by December 2019; and then the pandemic came into force.” He rejects suggestions the review is drastically different now from what it was almost two years ago. “Clearly, there has been an emphasis on financial sustainability, so we reviewed that, but the tenets of the review have remained exactly the same,” Williams told the TSC.

I think the concession model, because ultimately that’s what it is, is the right thing to do in this current climate.

The plan is that GBR will contract private companies to operate most trains to the timetables and fares it specifies in a manner like Transport for London (TfL) does for Overground and Docklands Light Railway services.

The companies will operate Passenger Service Contracts (PSC), which will replace the National Rail Contracts (NRC) that are being rolled out currently as part of the negotiations to replace the Emergency Recovery Measures Agreements (ERMAs) introduced last September as part of the government’s commitment to keeping the railway running through effective nationalisation during the pandemic.

The NRCs will be in place for two years. Should the PSCs fail then government will step in and run the service, as it has done in recent times with the InterCity East Coast and Northern franchises.

While Loder extols the virtue of Haines leading GBR, he does issue a warning. “I do think there are some legitimate concerns,” Loder says. “If you were to ask, off the record, the TOC community, about what they think of Network Rail, they would probably share with you a fairly candid view that it’s stodgy, it’s slow, it’s difficult to do business with, it doesn’t adapt, it’s not agile.

“The reality is Andrew Haines is by far the best chief executive that Network Rail has ever had. He was the most dynamic managing director that SWT ever had. Even today, I can remember his vision and values from when I was a guard 20 years ago. I think he’s going to be a really good leader of the new world.

“I think what he’s going to do is to highlight a couple of really considerable gaps. The first is the current set-up with the railway means you basically compartmentalise skillsets. You compartmentalise signalbox management departments, driver management, and station management. It’s going to be very difficult at the beginning to reintegrate those things.”

GBR is expected to drive efficiencies and therefore rid the railway of the complex ticketing, inflated costs and duplication that is so often criticised. Last November, at another TSC meeting, heads of owning groups called for the introduction of modernised ticketing schemes so that the railway could offer something profoundly different as it sought to welcome passengers back. It was claimed this could take as little as three months, and yet it was June 21 when flexible tickets went on sale allowing commuters to stagger their rail use over several days.

Before the pandemic, passenger numbers were around 1.7-1.8 billion per year, but that dropped to just 4% of normal levels at the very start of Britain’s first lockdown in March 2020 when the most severe restrictions were in place.

Despite high passenger volumes, which had more than doubled during privatisation, Williams told the TSC that passenger satisfaction peaked in 2013 or 2014 at 83%. Since then, there has been a steady decline. “I think bringing the trust of passengers back to the railways is the key to the reforms. That will bring ridership back at the same time,” Williams told the TSC, adding that he believed that is how the railway will grow.

The return of pre-Covid passenger usage is not expected for many years, while the railway’s reliance on the commuter market, particularly in the London and southeast region, will have to end. How income from those season tickets will be replaced is open to interpretation. NR chairman, Sir Peter Hendy CBE, suggests a return to the 1950s-style Summer Saturday services for day trippers to the coast, a trend that is happening in Belgium.

However, key to regaining that trust is performance. During the pandemic passenger service punctuality rose, in part due to the reduced timetable patterns. Under the Williams-Shapps plan, contracts will prioritise punctual and reliable services and will offer operators a greater role than under the previous franchising model. There will no longer be long-term revenue forecasts, but companies will instead be challenged to provide a competitive and customer-focused offer. The current operator boundaries will also not necessarily stay the same. Indeed, some could be merged into others, added to existing deals, or simply removed.

Mr David Brown, Arriva’s managing director, UK trains, was in charge of Northern during the May 2018 crisis. Speaking to IRJ, Brown says it is a good thing that the the Williams-Shapps plan is out there “because it now gives us at least a sense of direction.”

“We’ve been fortunate that Keith Williams did the report, and it’s a good thing that he’s staying involved because I think he will be key to making sure that the thrust of the reform agenda, which is about making things better for customers, is carried through,” Brown says. “I think it’s really important that this reform is about improving things for customers, not just about the industry change.”

Nevertheless, Brown is apprehensive about what will actually happen. “The DfT doesn’t do change very well,” he says. “Then, particularly, if the heart of that change is a big chunk of their responsibility passing to somebody else…I don’t see people are going to be rushing to do that. So I think that’s going to take time. If the rail industry can get behind the reform and drive it through, you will get the right answer for the industry.”

Loder was not a fan of franchising and is looking forward to change. “This is really good news. We’ve known probably for several years now that it’s not working [franchising]. Personally, I think [former SoS] Chris Grayling made a mistake when he said he didn’t want major railway reform.

“I have a view that so much more could be improved if the franchise boundaries changed. I think the concession model, because ultimately that’s what it is, is the right thing to do in this current climate.”

Speaking at the TSC, Hendy welcomed the reforms and specifically for looking to replicate the success of London’s model: “TfL starts from the proposition that connectivity is essential for economic growth, jobs, housing and social coherent,” Hendy said. “The business model that it adopts, which has now been going for 20 years, is in support of passengers and connectivity for London.

“The present structure of the railway does not work like that. It is terribly introspective. Whether it is Network Rail, the train companies or the myriad people involved in the governance of the railway, they are so busy looking inwards trying to make it work that they do not look at the effect of the railway on either customers or, to some extent, taxpayers. I am really in support of this model.

“I think it’s really important that this reform is about improving things for customers, not just about the industry change.”

“I would add, for the avoidance of doubt, that neither Andrew Haines nor I are particularly defensive of the position of Network Rail. An integrated industry with the objectives of serving passengers and the taxpayer deserves a better structure than what many people think is a vast engineering company owning the infrastructure. That is what Keith has recommended.”

Local leaders will have a greater say in the ticketing, timetables and stations in their area, and this has been widely welcomed. Among them is Mayor of Greater Manchester, Mr Andy Burnham, a vocal critic of the previous franchising model. Burnham called for the development of a plan specifically for the North during a Transport for the North (TfN) meeting on June 9. TfN, working with constituent bodies across the north, can start to work out how to align aspirations within places like Greater Manchester with running services across the wider north. “In this simple way I would say we have the ambition of taking greater control of commuter rail services,” Burnham said. However, he admits that may lead to the need for agreements across neighbouring authorities with TfN acting as an adjudicator.

Rail minister, Mr Chris Heaton-Harris, told shadow minister, Mr Tan Dhesi, on June 10 that new partnerships between GBR and local and regional government will give greater control to towns, cities, and regions. How this will work, however, will be revealed in a ‘levelling up’ White Paper for which he gave no publication date.

The rail minister also told Dhesi that rail services in southeast London will benefit from the creation of GBR through the establishment of a new strategic partnership to support housing, economic growth and the environment across the region’s highly interconnected transport network.

“This will bring together GBR, TfL and local authorities and businesses to coordinate timetabling and investments and to provide a consistent passenger experience in areas such as accessibility, ticketing and communications,” Heaton-Harris said.