The southern section of the line is expected to switch to ETCS by 2029. 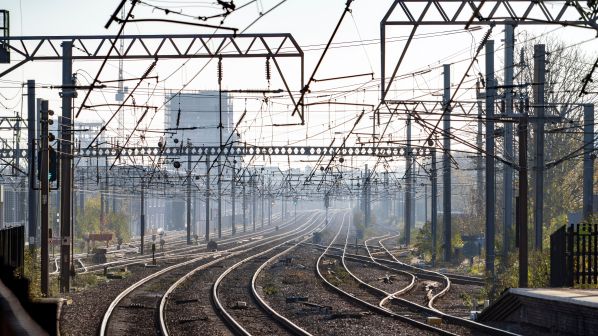 The ECML is expected to switch to ETCS by 2029.
Photo Credit: Shutterstock/Sterling Images

The funding will support projects to replace the lineside signalling, providing drivers with real-time information throughout the journey. Britain’s Department for Transport (DfT) says the new in-cab technology will create a more responsive, more resilient railway that can recover from disruption more quickly.

“This investment will fund the fitment of trains and lineside technology on the stretch of line from London King’s Cross to Stoke Tunnel, just north of Peterborough, as well as the integration of this technology into the network and its operating companies,” says British transport secretary, Mr Grant Shapps. “This will be the first deployment of ETCS on a mixed-use main line on the British rail network, increasing punctuality and reliability for both passenger and freight services across the whole line.

“This programme of work presents a unique opportunity to enable a positive step-change in technology on the network, with a move away from systems of signalling that emerged from Victorian times, and towards a high-performing digital alternative.”

The ECML is currently equipped with four aspect light signalling installed during the mid-1970s, which is life-expired. Digital interlockings were installed in Peterborough in 2003.

The overall business case for the ECDP being implemented by infrastructure manager Network Rail (NR) requires nearly £2bn, with £350m already invested to equip other rolling stock used on the route with ETCS. NR will now prioritise the request for a further investment of £427m as part of the funding for Control Period 7 (CP7). NR says it plans to incorporate funding for ETCS into its regular network plan in future.

“The ECML was where we developed the learning and experience to be able to move this towards the business planning process… not a special standalone business case for every scheme, which would be very difficult to do,” says Mr Toufic Machnouk, NR director, industry partnership digital.

Up to 70% of the funding will cover national one-off costs for rolling out ETCS across the network, such as retrofitting a third of the national freight locomotive fleet with ETCS. Half of the overall funding is allocated for infrastructure, 25% for business change including staff training, 20% for rolling stock and the remaining 5% for other costs.

The programme requires changes to trackside equipment, onboard equipment and business change activities, and has been designed to facilitate this through an Integrated Industry Partnership Model, bringing together train operators, suppliers including five different train manufacturers, NR and DfT.

More than 80% of the passenger fleet on the ECML-S is already equipped with ETCS, with only the class 387 EMUs remaining. However, many of the existing onboard systems will need updating to the latest baseline.

Work is ongoing to install ETCS on the freight locomotives which use the line, with a first-in-class installation due to begin on a DB Cargo UK class 66 locomotive by the end of 2022.

“The nature of a freight project is very challenging, there’s a high variability in vehicle types and even in the same classes some variabilities between vehicles,” Machnouk says. “So getting the design has been challenging.”

All first-in-class ETCS fitment projects will be tested at NR’s Rail Innovation and Development Centre (RIDC) at Melton Mowbray, Leicestershire.

“The earlier you can take away uncertainties the better,” Machnouk says. “And so testing as early as you can is important. The point of RIDC is to make sure that the system works properly with the train. We already know the [onboard] system works with the infrastructure system and they’ve already spoken to each other in the lab, product to product. But every class of train is a bit different, you might have other subsystems it’s interfacing with, there’s things like the position of the radar or the antenna on that particular train, so you want to make sure that train with its characteristics is behaving as you'd expect.”

The funding also includes a heritage pathfinder project to explore ways to retrofit ETCS to older rolling stock including steam locomotives, which regularly use the ECML hauling special trains, to ensure they can still operate on the line following the removal of lineside signalling.

Atkins and Thales have been appointed to deliver the pathfinder project, including the design and trial fitment of the technology to assess viability for heritage vehicles.

In a world first, the pathfinder project will see the trial fitment of ETCS equipment to Tornado, a modern replica of a class A1 steam locomotive first built in 1948-49. ETCS fitment will also be designed for an original Black 5 steam locomotive as well as a class 55 Deltic diesel locomotive.

One third of the Britain’s population lives within 20 minutes of a station on the East Coast Main Line, producing more than 40% of the country’s GDP. The DfT says that as well as providing a financial boost to the rail industry, the new digital signalling system is 42% cheaper over its lifetime than legacy lineside signalling equipment.

ETCS testing has already begun on the Northern City Line, a branch of the ECML-S running from Finsbury Park to Moorgate, as a test bed for the rest of the line. In May, a Great Northern class 717 train using ETCS Baseline 3.4.0 onboard over 2.3.0d lineside was tested under the new system. This followed testing with a class 717 on the Thameslink “core” between London St Pancras and Blackfriars using similar equipment in September 2021.

Testing will continue throughout 2022 to ensure safety and reliability, with driver training and migration to digital signalling due to commence in early 2023. The Northern City Line is expected to operate solely using ETCS in 2024.

“The ECDP is uniquely bringing together all elements of track and train through a pioneering industry partnership that is working beyond boundaries in a deep collaboration,” Machnouk says. “We will upskill our people and use new technology to improve the way we work for the benefit of passengers and freight customers.”

“Digital signalling will allow the full potential of our Azuma fleet technology to be realised, and means our customers will benefit from even more reliable and sustainable journeys in the future,” says London North Eastern Railway (LNER) managing director, Mr David Horne.

“We're delighted with this announcement, which will mean better services in the future for our passengers on the East Coast Main Line,” says Thameslink and Great Northern Managing Director, Mr Tom Moran. “This massive investment builds on our work to implement digital signalling on the Northern City Line into Moorgate in the City of London, and it means we can continue to roll out the technology on some of our key routes.”