The self-fulfilling prophecy of the Chenab Bridge: a triumph of man and nature

The Indian government is pumping money into Indian Railways at an unprecedented rate, but this is not necessarily resulting in improved operational efficiency, as Srinand Jha explains. 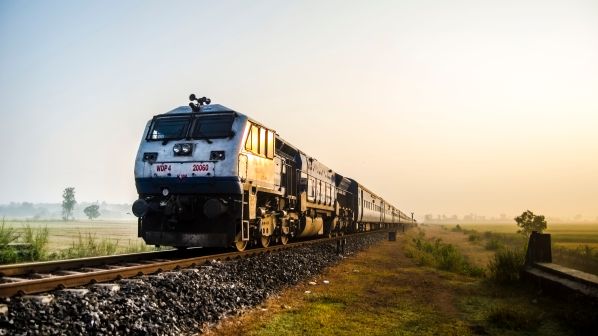 While IR has made grand announcements to modernise the organisation, these plans have largely failed to materialise. Photo: Shutterstock

INDIAN Railways (IR) has undeniably been thinking big. Against the usual practice of acquiring approximately 2000 freight wagons annually, IR floated bids in 2022 to purchase 90,000 wagons over the next three years at an estimated cost of Rs 300bn ($US 3.62bn).

Additionally, a fresh tender to purchase approximately 4000 newly-designed wagons is being processed. Orders have already been placed with Siemens for 1200 6.7MW electric locomotives, which will be built at the IR factory at Dahod in Gujarat. Tenders are also being processed to select a private company to build an additional 800 9MW locomotives at the state-owned Baneras Locomotive Works under a public-private partnership (PPP).

Following this year’s budget announcement from finance minister, Ms Nirmala Sitharaman, to fund the manufacture of 400 160km/h Vande Bharat EMUs, indications are that Sitharaman will approve the purchase of another 300 EMUs in the 2023-24 budget, with 100 of these likely to be equipped with tilting technology.

Other proposed big-ticket items include schemes to redevelop major stations and lease vacant railway land, as well as equipping tracks and locomotives with the Indian-developed Train Collision Avoidance System (TCAS), a low-cost version of the ETCS Level 2.

According to plans developed by IR managers, the 2023-24 budget will make provision to build 100,000km of new railway over the next 25 years. The budget, official sources indicate, will also set aside Rs 100bn to electrify 7000km of broad-gauge lines in the 2024 financial year, completing electrification of the entire network.

IR is rapidly changing the way it does business. These new opportunities are attractive for infrastructure contractors and rolling stock designers, developers and manufacturers, including many international players, although this has sparked concern among some officials on the impact on the skills and institutional knowledge of Indian rail engineers.

The flip side of increased investment and the policy reform plans is the failure so far to create operational efficiencies or heightened revenue-earning opportunities, arousing fears among rail experts that IR’s operating ratio - hovering around 98% in recent years - is likely to spike in future.

“Growth in revenues need to be sustainable in the long term. Eventually, the railway will need to pay for itself.”

The silver lining, however, is the encouraging growth of freight over the past five years. Volumes passed 1 billion tonnes for the first time as earnings increased to Rs 1.085 trillion compared with Rs 935bn in 2021.

“This can and should be taken as an encouraging development,” says former railway board member, Mr Subodh Jain. “However, growth in revenues need to be sustainable in the long term. Eventually, the railway will need to pay for itself.”

Decision-making, meanwhile, has been inconsistent.

For example, plans for the corporatisation of public-sector undertakings and production units have stalled. The ministry announced the closure of the Lucknow-based Central Organisation for Rail Electrification (Core), but no further action was taken. The “Gati Shakti” scheme, which aims to increase the average speed of freight trains to 60km/h, has been languishing.Track and signalling upgrades have not kept pace with rolling stock manufacturing activities. IR has been building and introducing 160km/h Vande Bharat EMUs, but the lack of matching infrastructure means the six trains currently in service are operating at an average speed of 80km/h.

Even the Delhi - Mumbai and Delhi - Howrah (Kolkata) main lines are not equipped with double distance signalling. In the absence of matching infrastructure, the modernisation plans can backfire.

IR’s initiatives to usher in organisational reforms also appear to have adversely affected staff morale. Replacing the system of appointing senior officers such as general managers with a non-transparent method has been interpreted as increasing the possibility of removing senior posts.

At its meeting in December 2019, the Indian cabinet decided to merge eight railway services into a single Indian Railway Management Service (IRMS) and IR finally sent a request for the recruitment of 150 officers to the Union Public Services Commission this year. But IR has refrained from going all in because of pressure from the rail unions. It has now been agreed that only 50% of the junior scale vacancies will be filled through IRMS examinations, with the remainder coming from promoting existing staff.

IR clearly has more work to do to realise the benefits of the unprecedented level of funding now available.