Optimism and caution for rail in Germany in 2022 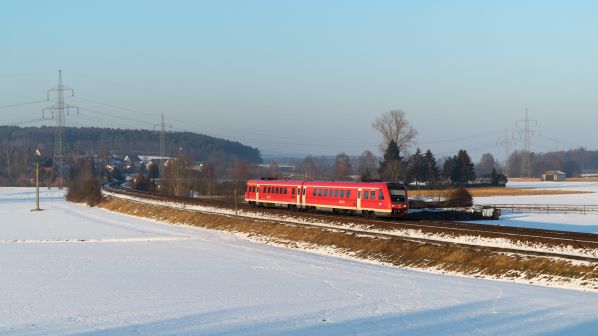 Iit is unlikely that passenger traffic will rebound to 2019 levels this year. Photo: David Gubler

THE federal government’s coronavirus pandemic initiative to remove or reduce track access charges for commercial passenger and freight services is due to end in 2022, and national infrastructure manager DB Networks has announced plans to increase some charges from their pre-pandemic level despite widespread industry disquiet with the network’s performance and reliability. Train driver shortages, a major problem for several years, have also been exacerbated by training delays due to the pandemic.

The new German government, a three-way coalition of the centre left Social Democrats, centre right Free Democrats and the Green party, is likely to prioritise de-carbonisation of transport including rail and may heed calls from some in the rail sector to restructure the industry with a clearer division between DB Networks and the rest of the DB group.

Plans to double German passenger numbers by introducing the nationwide Deutschlandtakt regular-interval timetable will potentially be enhanced or accelerated, although the large number of planned infrastructure projects will still be subject to Germany’s slow moving planning process. The previous government announced a multi-year €10bn-plus fund to re-open disused railway lines and expand light rail systems during 2021; the new government is likely to expand this fund, which is already oversubscribed.

Despite a rebound in passenger traffic during 2021, with ridership up by 20% or more compared with 2020, passenger numbers in the first half of 2021 were down by 42% compared with the same pre-pandemic period in 2019. Given the impact of “the fourth wave” of Covid-19 affecting Germany from autumn 2021 it is unlikely that passenger traffic will rebound to 2019 levels this year.

The loss of substantial passenger traffic and revenue in 2020-21 has challenged the German regional passenger concession model where operators take revenue risk. As in other countries such as Britain, this model has proved unsustainable without additional funding from the contracting transport authorities. Fortunately, the transport authority takes the revenue risk for most German concession contracts and thanks to substantial additional federal funding this remained possible throughout the pandemic.

Keolis, majority owned by French National Railways (SNCF), announced its departure from the German market in 2021 and this should be complete by early 2022 with its Eurobahn business in the Ruhr region sold to a new owner.

Despite the difficulties encountered by some concession operators, contracts continue to be awarded, albeit often with more financial protection for the operator. Contracts awarded several years ago are also being mobilised for the 2022 timetable change. Go-Ahead, Britain, began operating services between Munich and Lindau in Bavaria in December with a fleet of 22 four-car Flirt EMUs supplied by Stadler, but maintained in Bavaria by TMH International, the Swiss-
based subsidiary of Russian train builder Transmashholding. Go-Ahead will begin a second Bavarian contract in December 2022 operating services around Augsburg with a fleet of Siemens trains.

Germany will see the first widescale use of battery EMUs (BEMU) and hydrogen fuel cell powered trains in Europe in 2022 with Stadler BEMUs taking over some services on the largely non-electrified network in Schleswig-Holstein in northern Germany.

A fleet of 27 Alstom iLint trains will enter service on four routes in the Frankfurt area. The trains are fuelled by grey hydrogen released as a by-product of chlorine production in the Höchst chemicals plant outside the city. Alstom will supply the hydrogen in cooperation with chemical company Infraserv Höchst in a project costing over €500m. Another 14 iLint trains should enter service in Lower Saxony on the original iLint demonstration route between Bremervörde and Cuxhaven in late 2022.

Despite the difficulties encountered by some concession operators, contracts continue to be awarded, albeit often with more financial protection for the operator.

The federal government’s decision in April 2021 to fund the removal of track access charges for commercial passenger services in 2021, which was backdated to much of 2020 and extended as a 50% rebate during 2022, led to the rapid resumption of open-access services by Flixtrain, which took the opportunity to add several new routes. By the end of 2021 both Flixtrain and DB Long Distance were operating a service level comparable with or greater than that provided pre-pandemic. Flixtrain has announced further expansion plans for 2022.

DB Long Distance introduced large numbers of new trains in 2021. This will continue in 2022 with further ICE4 13 and seven-coach trains, the remaining Alstom Traxx+Twindexx IC2 trains, and the first 30 Velaro Neo 320km/h EMUs from Siemens entering service. By late 2022, the first of the new ECx push-pull trains on order from Talgo should be in Germany on test in time for their planned December 2023 introduction.

The German high-speed network will expand in late 2022 when the new 60km 250km/h line between Ulm and Wendlingen east of Stuttgart opens, accelerating journeys between Stuttgart and Munich. This line forms the eastern end of the Stuttgart 21 project, which will replace Stuttgart’s dead-end station with a new underground through station; now scheduled to open in December 2025.

Additional overnight services serving Germany on routes between neighbouring countries linking Vienna and Paris, Amsterdam and Zürich plus Stockholm to Hamburg will commence in 2022. Open-access operator RDC Deutschland has announced it will continue to offer its Alpen-Sylt Express linking Westerland (Sylt) and Hamburg with southern Germany and Salzburg; its 2022 services will also serve the Swiss city of Basle.

In addition, Dutch-based start-up European Sleeper will begin a Brussels/Amsterdam - Berlin/Prague service in April with Czech open-access specialist RegioJet acting as train operator. A further service linking Ostend and Warsaw using the same route and operator is planned for later in 2022. RegioJet has also announced plans to expand into the German market with a range of inter-city routes.

While rail freight volumes fell in 2020, some sectors of the market saw sustained growth in 2021. The port of Hamburg reported in late 2021 that rail borne container volumes increased by 14% to 1.021 million TEU in the first nine months of the year.

It is likely that 2022 will represent a further recovery in overall volumes not least as rail freight operators have been able to offset the cost of track access charges using federal government funding. However, this funding will reduce to around 45% from this month, and the subsidies will cease completely by the end of May. Exactly how this will impact the market is unclear.

Freight operators and leasing companies have continued to buy new locomotives in particular the Stadler EuroDual and Siemens Vectron models and a wide range of initiatives to digitise freight operation including the use of digital auto-couplers for wagons are likely to gain momentum in 2022.