Is Europe finally falling in love with ERTMS? 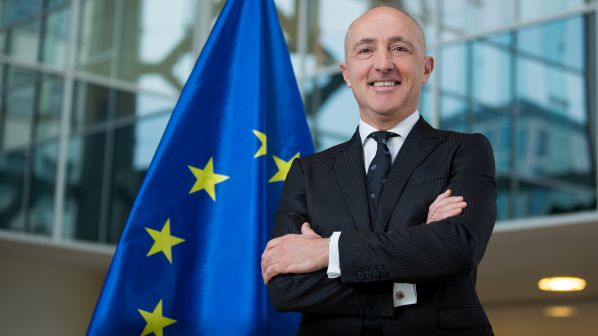 WITH the political headwinds of modal shift and emissions reductions targets fuelling rail development and growth in Europe in the 2020s, the sector is under pressure to deliver tangible improvements in capacity and performance.

New technology is heralded as part of the solution. Rail has traditionally been a slow adopter and adjusting the status quo is no easy undertaking in a safety-conscious industry. But this has been fundamental to the work of the Shift2Rail joint research initiative since 2016 and will continue - and even ramp up - under its successor Europe’s Rail, which will officially begin work in January.

Executive director, Mr Carlo Borghini, wants Europe’s Rail to bridge the gap between innovation and implementation. Borghini argues that there is little value in research for research’s sake. And with over €1bn of taxpayers’ money committed to both research programmes, he wants to maximise the value of this investment by offering direct benefits to railways and their customers.

Rather than leave this to chance, Europe’s Rail is structured to encourage uptake. Borghini says 50% of the membership are operators and infrastructure managers, which helps to focus on customer needs. The initiative is also designed to align project deployment and adoption of new technology across member states to foster interoperability, specifically through the work of the System Pillar.

Borghini says the System Pillar, at its core, will define the functional system architecture of the future railway in Europe to accelerate and better organise its evolution. Work in the Innovation Pillar of Europe’s Rail will be based on the standards and regulatory framework defined within the System Pillar. Uptake will also be further encouraged by a Deployment Group of industry stakeholders.

In addition, the System Pillar will help to marry the deployment and evolution of existing technologies such as ERTMS with future solutions, notably 5G, satellite location, and virtual coupling. However, the structure is not rigid. “You can have a technology that emerges from the Innovation Pillar that can challenge the System Pillar and the future direction of the industry,” Borghini says.

Crucially, he adds that the System Pillar’s membership will help to expand the scope of Europe’s Rail, including under-represented areas such as the Nordic countries and Eastern Europe, effectively “putting the industrial destiny of Europe in the hands of the industry.” It will also provide access to other research and development projects outside the scope of Europe’s Rail: the Future Railway Mobile Communication System (FRMCS) overseen by the International Union of Railways (UIC), for example.

“What we are attempting to do as a sector is to try to bring together in a much clearer way the technological, conceptual design, development and large-scale demonstration of new technologies with the goal of providing a shorter time to market for the solutions,” Borghini says. “This is a key concept. And we believe that having around the table 80% or more of the European rail market - the major operators and infrastructure managers, together with the supply industry and the research community - will create the opportunities to move from research to innovation and accelerate the time to market.”

With over €1bn of taxpayers’ money committed to both research programmes, Borghini wants to maximise the value of this investment.

The System Pillar Core Group will lead and monitor the System Pillar Tasks, providing content and guidance, managing specific inputs, and channelling the necessary outputs to regulations and standards. The System Pillar Tasks Group will facilitate a targeted, flexible, and rapid delivery of outputs while the CCS TSI Maintenance Activities Group will support maintenance and corrections to these specifications, due to be confirmed by the end of the year, and will establish a framework for the evolution of ERTMS and mainline automation.

Borghini says work will commence this month with the first CCS-specific tasks beginning in October. “This will give us a two-to-three-month advantage on the Innovation Pillar,” Borghini says. “We then expect the ramp-up of work on the System Pillar in early 2023. With three to six months of work in place, it will already be able to input in the work of the Innovation Pillar projects.”

Borghini anticipates several challenges to the success of the System Pillar, in particular resistance to changing established working processes that have focused on national objectives. Expertise is another concern, specifically having enough qualified and skilled people to deliver in a relatively short period of time.

However, there are signs that Shift2Rail is already heralding a new systems-based approach to innovation. Borghini highlights trials of the Digital Automatic Coupling (DAC). DAC will be among the highlights of Europe’s Rail’s exhibit at this month’s InnoTrans. The exhibition will prove a welcome opportunity to reflect on progress as Borghini and his team look ahead to the official start of Europe’s Rail in 2023.