Carole Desnost, SNCF’s director of technologies, innovation and group projects, reflects on progress with the company’s innovation strategy in an interview with Kevin Smith. 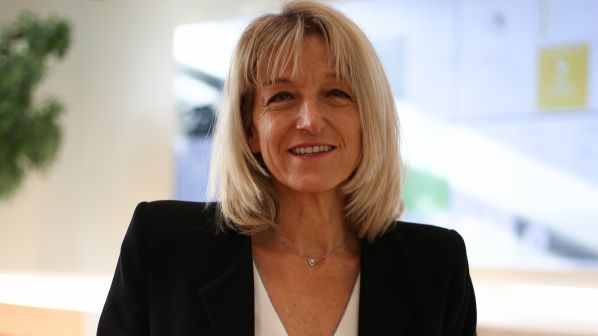 Two separate consortia were founded to work alongside SNCF, and both targeted the first commercial ATO deployments at the conclusion of the programme in 2023. The railway’s then president, Mr Guillaume Pepy, declared at the time that SNCF was “convinced” by the market for automatic trains.

However, with the programme set to conclude next year, Ms Carole Desnost, SNCF’s director of technologies, innovation and group projects, confirms that priorities have changed. Desnost says it has become apparent that the potential benefits do not equate with the cost of installing the equipment.

“It is not that the cost is higher or more than was expected at the beginning of the programme, it is that the benefit is not as obvious,” Desnost says. “The obvious application is for secondary operations, trains going from the depot to the platform, for example. Today this does not cost a lot of money. As for high-speed trains, if we want automatic trains, we will also require a new signalling system.”

The European Commission (EC) wants to align the rollout of ATO over ETCS to avoid interoperability issues that have plagued operation between national signalling systems. Indeed, the upcoming revision to the CCS TSI enshrines future mainline operation at GoA 2 over ETCS. However, in France, ETCS rollout on high-speed lines remains limited to the Tours - Bordeaux, Nîmes - Montpellier, Le Mans - Rennes, Perpignan - Spanish border, and Paris - Strasbourg sections. Installation is underway on the Paris - Lyon high-speed line while a pilot project was launched last month to install and test ETCS Level 3 on the 259km line between Marseille, Nice and Ventimiglia, which will be operational by 2030. This will take the total to around 1000km.

SNCF planned to install onboard ATO equipment on its new fleet of 100 TGV-M high-speed trains due for delivery from Alstom from 2024. However, Desnost says the limited overall scale of this rollout meant that the costs were prohibitive, resulting in the shelving of the plan to install ATO for GoA 2 operation on the Paris - Lyon TGV line from 2025.

“We are doing some tests with regional trains because there are fewer trains and less interference with national traffic.”

Desnost does, however, still believe that ATO will be installed on the next generation of trains. “But what we will implement in 10 years - whether it will be only for new trains or specific fleets - has not been decided yet,” she says.

Anticipating a strong push back from unions, SNCF was clear from the outset that ATO would not come at the expense of drivers. Desnost says that unlike road, the focus on rail is on providing support to the drivers rather than replacing them. She also questions the logic of installing the system on a TGV train where a driver is responsible for 1200 passengers, which is already very efficient.

“The ratio is not in favour of automatic trains here compared with regional trains, where you might have one driver for 50 people,” Desnost says. “We are doing some tests with regional trains because there are fewer trains and less interference with national traffic.”

Indeed, SNCF’s concept for light trains for regional lines unveiled last month envisages these vehicles being driverless. SNCF’s automatic trains project has produced some valuable work, notably remote driving applications and obstacle detection. However, its conclusion next year is not the end of SNCF’s work. Desnost says it will contribute its findings to Europe’s Rail (ER), where SNCF is a founding member, and she is hopeful that work in ER will evolve the technology to a point where it is commercially viable.

“It is not a technological problem, it is an economic problem,” she says. “If we can find a European market, the costs will decrease and there will be a better economic approach to this project.”

While SNCF is changing tack on mainline automation, it remains committed to exploring the advantages offered by other technologies such as robotics, drones, and artificial intelligence. Alternative traction for rolling stock is another major focus.

Desnost says she feels the railway sector is fortunate to have the opportunity to tailor alternative traction solutions to specific situations, potentially offering big savings to the railway. Battery trains for example could be deployed at potentially half the cost of an equivalent electrification project. She says this is in contrast with the road sector which is focusing on switching from diesel and gasoline to hybrid and electric “and maybe after 30 years they can switch to hydrogen.”

Research is underway to reduce battery charging times to an optimal 30 minutes. Desnost says the objective is to find a modular solution that can be retrofitted to existing stock.

Desnost says SNCF is convinced that climate change could push the railway to work at a level it has not worked at for a long time, but to do that she says SNCF needs to have solutions for regional areas and the last kilometre that persuade people to leave their cars at home. The railway must also have the financial support it requires to make achieving these objectives realistic. This ultimately will dictate whether SNCF will succeed.

“All of our innovation projects are orientated to make the system more robust,” Desnost says. “I think we need to improve what we have today so we can grow, and sometimes that requires investments in infrastructure, which can cost a lot of money.”