DUTCH infrastructure manager Prorail is to upgrade the non-electrified line between Groningen and Leeuwarden in an effort to meet demand for a second hourly fast service between the two towns.

COMMERCIAL operations began on Sunday on the 3.5km extension of Melbourne’s suburban rail network from Epping to South Morang.

The $A 498m ($US 515m) project also involved track-doubling on the 5km Keon Park – Epping section, construction of a new station at Thomastown, upgrading and expansion of the depot at Epping, and relocation of Epping station.

The extension was delivered by an alliance between the Victoria State Department of Transport, Metro Trains Melbourne, VicRoads, Aecom, and John Holland. Major construction began in October 2010, and work between Keon Park and Epping, including the second track and new stations at Thomastown and Epping, was completed by the end of 2011.

The Ministry of Transport has appointed Japan Railway Technical Service (Jarts) and Yachiyo Engineering to conduct a pre-feasibility study for a public-private partnership scheme to build a 144km 210km/h line between Jakarta and Bandung.

Attiko Metro has awarded Siemens a €41m contract to supply signalling systems for the extension of lines 2 and 3.

THE municipal government has voted in favour of introducing a contactless smart card across the BKV network from 2014.

Finmeccanica subsidiary Selex Elsag has been awarded a contract by NEC Asia Pacific to upgrade the Tetra voice and data communications network on the North East Line. 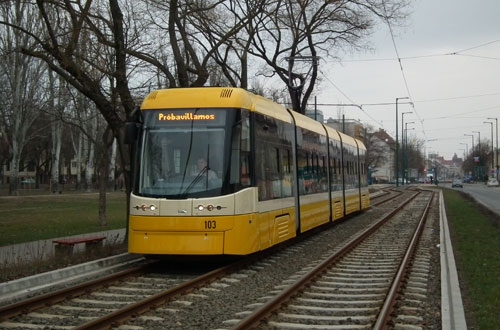 THE Berlin Senate has decided to tender the operation of part of the S-Bahn network due to long-running performance problems that have affected the existing operator DB Regio.