The 30 candidates were selected from more than 28,000 applicants. 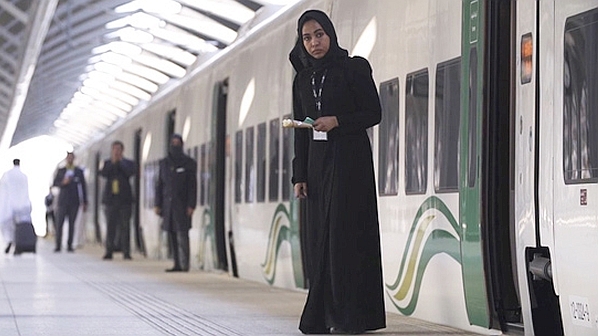 Once qualified, the women, aged between 22 and 30, will be the first female train drivers in Saudi Arabia.

The trainees will begin paid training, which will last just under a year, at the High-Speed Mecca Medina Consortium facility located within the line’s operation centre.

Training will include 1200 hours of theory and practice which the recruits  are expected to complete by the end of the year.

Renfe says more than 14,000 of the 28,000 women who registered for the roles passed the first online aptitude tests. In this process the academic record was assessed as along with the candidate’s English proficiency. Further selection tests were then conducted as well as a personal interview to identify the finalists.