Operator reports a 105% increase in bookings compared with last year 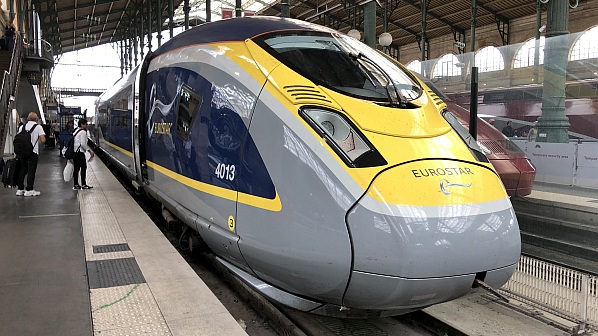 Five trains per day will run between London and Paris from September 6.
Photo Credit: Richard Clinnick.

EUROSTAR is reintroducing more services on its cross-Channel routes as Covid-19 restrictions are relaxed in Britain and mainland Europe.

The company says bookings have doubled and 39 additional trains have been operated during August.

Since the easing of travel restrictions by the British government during August, the operator has experienced a 105% rise in August and September weekend trips compared with last year, with 83% of these bookings attributed to leisure travel. The operator has retained its flexible ticketing rules that allow passengers to exchange their tickets up to seven days before travel for free.

The operator has experienced huge declines in passenger numbers since the start of the pandemic and the introduction of travel restrictions. At its peak, only 1% of pre-pandemic passenger numbers were travelling, and only one train per day was operating on the London - Paris line.

Eurostar’s financial situation resulted in it asking the British government for assistance. However, as recently as February, secretary of state for transport, Mr Grant Shapps, shrugged off the suggestion of providing support, telling a Transport Select Committee that because the company is no longer owned by the British government, it was not its responsibility. This was, despite two-thirds of the company’s workforce being based in Britain along with around 1000 jobs in its supply chain.

There remains no current plans regarding reopening other routes to the south of France or the Alps, while trains will not stop at Ebbsfleet International or Ashford International stations in Britain until 2022, meaning St Pancras is the only station in the country it serves.