Tests involving the payment method to begin on surface transport next week. 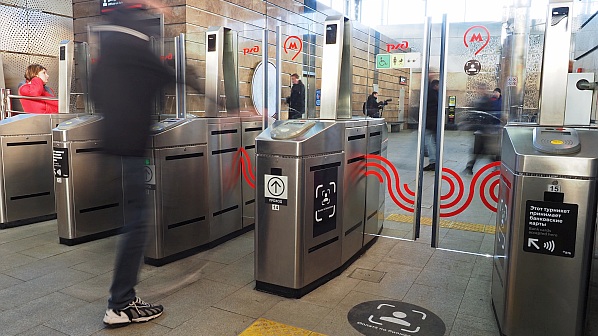 MOSCOW Metro launched tests with a facial recognition fare payment system at Kutuzovskaya station on the Moscow Central Circle (MCC) on March 16. The technology is set to be available at all MCC stations by the end of the year

Testing was undertaken from last August initially on the Arbatskaya - Pokrovskaya line, with the system subsequently rolled out on the Solntsevskaya and Kaluzhsko - Rizhskaya lines.

The system works by linking a passenger’s photograph, bank card and Troika card to a phone number.

Mr Maksim Liksutov, deputy mayor of Moscow for transport, says that more than 80,000 metro passengers are already using the technology. He says up to 15% of passengers will use the system in the next two to three years.

Liksutov says that from April testing will begin on surface transport although the tests will be undertaken only by Moscow Metro employees.

Moscow Metro says that the technology makes passenger transit through turnstiles easier and faster during peak hours. To prevent possible fraud, the system uses the Liveness technology which identifies natural human behaviour, and can distinguish between a live person and a photograph, video or 3D mask.