THE Netherlands became one of the first countries to switch completely to contactless smartcard fare collection on July 8, when paper tickets were abolished on the mainline network after 175 years. 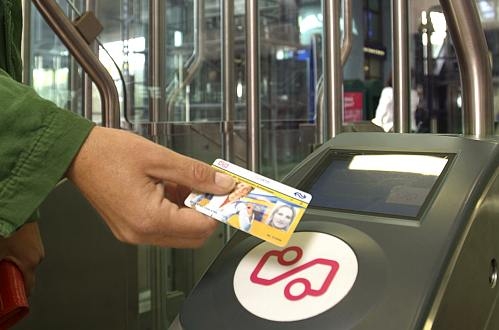 The OV-Chipkaart national smartcard now covers the entire public transport system in the Netherlands. Regular passengers carry a pre-paid smartcard, which can be topped up with additional credit at stations, supermarkets, and other locations.

For occasional passengers such as tourists a disposable smartcard has been introduced.

As part of the rollout of OV-Chipkaart, Netherlands Railways (NS) has installed ticket barriers at many stations, which means only passengers with a valid smartcard loaded with sufficient credit can access the platforms.

However, it is questionable whether there is legal basis for allowing access to the station to be controlled by a single operator, particularly with regards to the law on non-discriminatory access to the rail network. International passengers will still arrive and depart from Dutch stations with paper tickets issued in other countries.

Moreover, the smart card has been criticised in relation to privacy and contract law, as passengers have no guarantee in advance how much they will be charged for their journey.