5% export tariff removed on rail export between Britain and Australia 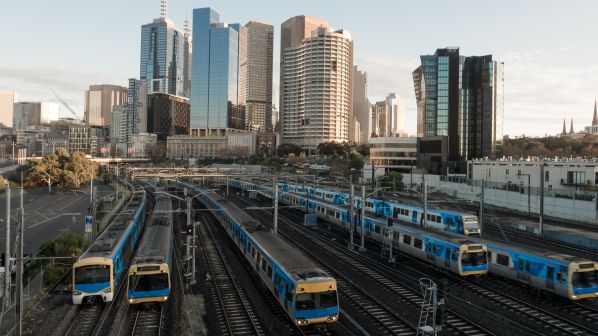 BRITISH rail equipment suppliers are to benefit from a recently-signed Britain-Australia trade deal which will remove the 5% export tariff on rail products.

This could potentially cut costs and therefore make British bids more competitive says the government. It says this will therefore allow them to compete on an even footing against domestic competition in Australia.

Australia has invested $A 155bn ($US 115bn) in its networks over the past decade including new lines and metro and light rail projects.

Now, all current tariffs on rail-related goods, including rolling stock, track fixtures and fittings and signalling equipment will be scrapped as part of the free trade agreement (FTA).

There will also be new, legally guaranteed access for British companies to bid for Australian government contracts. British employees will have more freedom to work in Australia while British residents aged 35 and under will be allowed to travel and work in the country for up to three years as part of the FTA.

“Our global rail exports industry is a Global Britain success story,” claims Britain’s international trade secretary Ms Liz Truss. “Australia is undergoing a huge reconstruction of its railway networks and this deal will allow British companies to be even more competitive when bidding for these infrastructure projects.”

Truss highlighted how consultancy firm Ricardo makes 25% of all its rail revenue in Australia.

“With Australia voted as the number one priority market for rail businesses in the UK, a trade deal will be welcome news to many, allowing them to more easily sell our world-leading products and services into the market,” says Railway Industry Association chairman Mr David Tonkin.

“The UK rail industry is a major exporter, selling £800m each year across the world and it has a pivotal role to play in achieving the government’s vision of a Global Britain, supporting a clean, environmentally-friendly form of transport both at home and abroad.”