The contract will run until the end of 2030. 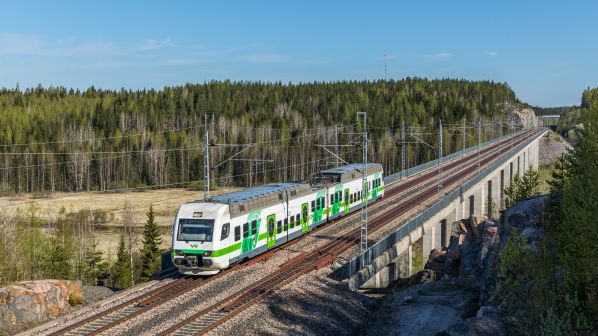 FINLAND’s Ministry of Transport and Communications (LVM) signed a nine-year contract with state-owned operator VR Group on January 27 for the operation of Public Service Obligation (PSO) services on the national network.

The direct-award contract, which runs from February 1 2022 to December 31 2030, has a total value of €313.8m including VAT. 68% of the contract will be funded through ticket revenue, with 22% funded by LVM and the remaining 10% by Helsinki Regional Transport Authority (HSL). VR will have financial incentives to ensure a high level of service and punctuality.

VR Group lost its exclusive right to operate passenger services in Finland in 2020 and LVM says the long period of the new contract will “allow careful preparation for the subsequent competitive tendering process.”

The contract includes the operation of suburban and regional services in southern Finland, which are operated by class Sm2 and Sm4 EMUs, services on non-electrified lines, and some non-commercial long-distance services, including overnight trains from Helsinki to Lapland.

LVM says more than €280m will be invested in new night trains and commuter trains during the contract period, and additional services could be introduced if regional governments agree to contribute to operating costs.