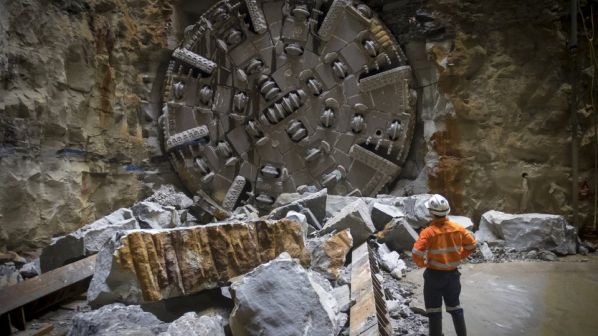 SYDNEY Metro has awarded the Acciona Ferrovial joint venture (AFJV) a $A 1.96bn ($US 1.44bn) contract to build the central section of the new underground automated Sydney Metro West rail line, the first of three major tunnelling contract for the project.

The joint venture will construct an 11km twin-bore tunnel from The Bays to Sydney Olympic Park, as well as undertake the excavation and civil works for five new stations at The Bays, Five Dock, Burwood North, North Strathfield and Sydney Olympic Park.

The tunnels will be excavated using two double-shield, hard rock tunnel boring machines (TBM). The contract includes a crossover cavern at Burwood North and one of two precast concrete factories at Eastern Creek where more than 70,000 concrete segments to line the twin tunnels will be manufactured, two access shafts at Burwood North and The Bays, a TBM launch site at The Bays Station, and a TBM retrieval site at Sydney Olympic Park Station.

AFJV beat tenders from two other joint ventures to win the contract. The remaining two bidders, the John Holland, CPB Contractors and Ghella Australia joint venture (JHCPBG JV) and Gamuda and Laing O’Rourke Australia joint venture (GALC JV), will now bid for the Western Tunnelling Package. The successful bidder will build 9km of twin-bore tunnels between Westmead and Sydney Olympic Park. That contract is expected to be awarded by the end of this year.

Sydney Metro has also begun the process to appoint its third major tunnelling contractor for the Eastern Tunnelling contract to construct the tunnels between The Bays and Hunter Street in the Sydney CBD, which is expected to be awarded by late 2022.

Sydney Metro West will double rail capacity between Greater Sydney and the Sydney city centre, with a 20minute journey time from Parramatta to the Sydney CBD.