SPAIN's high-speed rail infrastructure manager Adif-AV registered a net loss of €361.3m in 2015, a 67% increase on the previous year and 28% over its own fiscal year budget, according to an official income statement presented to the Spanish government. 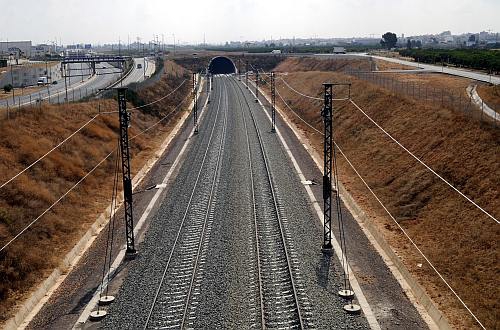 Despite registering successive operating profits since 2014, the recurring high finance cost has hindered Adif-AV’s efforts to offer a positive financial return to Spanish taxpayers, and its cumulative loss since its inception in 2013 has now reached €808.8m.

Adif-AV’s long-term liabilities remained stable at €14.8bn at the end of 2015, and net equity reached €24bn. Most of Adif AV’s €9.8bn debt is currently held by the European Investment Bank. Additionally €1.34bn of its long-term liabilities were borrowed from conventional banks including Santander, BBVA and Banco de Sabadell. €2.84bn was obtained through bonds issued in the Irish Stock Exchange.

Adif-AV has been borrowing heavily in recent years to keep the accelerated expansion rate of the Spanish high-speed rail system going. There was a gross average of 114km of high-speed lines entering service every year up to October 2014 since its first opening in 1992. The company now plans to put into service 446km of new lines in the months to come adding to the existing 2900km-long network.

The state-run body was created in 2013 to keep the debt incurred through the construction and operation of high-speed lines off the Spanish government’s books.