ALSTOM says that the company is now entirely focussed on rail transport following the conclusion of the sale of its energy divisions to General Electric (GE) under a deal worth €12.4bn. 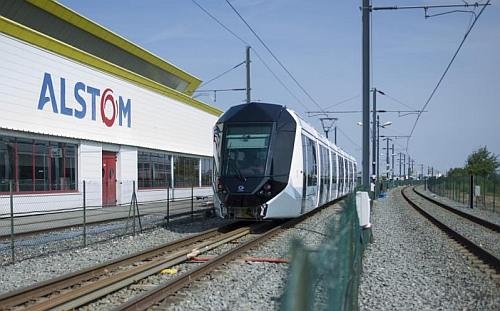 The deal will also strengthen Alstom's position in the market as it will use €700m of the proceeds to acquire GE's signalling activities involving 1200 GE employees. The business has around €400m of sales, of which 60% is in North America. Alstom said last year that the acquisition will boost its own signalling sales by 40%, make it a leader in North American freight signalling, strengthen its position in the new Positive Train Control market, provide it with a wider range of products, and give it better geographic coverage.

Negotiations are still continuing regarding a proposal for Alstom to receive commercial support from GE, and for Alstom to assemble and service GE locomotives in certain parts of the world. Under the proposals, there could also be mutual or joint sourcing of components and development of products and technology.

Alstom will invest around €2.4bn in three energy joint ventures with GE and will return between $3.2bn and €3.7bn to shareholders. It also plans to launch a public share buy-back offer followed by capital reduction.

"Today represents a major milestone in Alstom's history," says Mr Patrick Kron, chairman and CEO of Alstom. "We managed to secure a win-win deal with General Electric which protects the interests of employees and customers in the energy businesses while reinforcing Alstom's positioning in the transport industry. Alstom will rely on a solid financial base to support its growth strategy."

Once the share buy-back and the final negotiations have been completed, Kron will step down as chairman and CEO and will be succeeded by Mr Henri Poupart-Lafarge who is currently group senior vice-president and president of Alstom Transport.