A planned order for 130 Alstom 120km/h Prima T8 electric locomotives for Ukrainian Railways has been suspended. 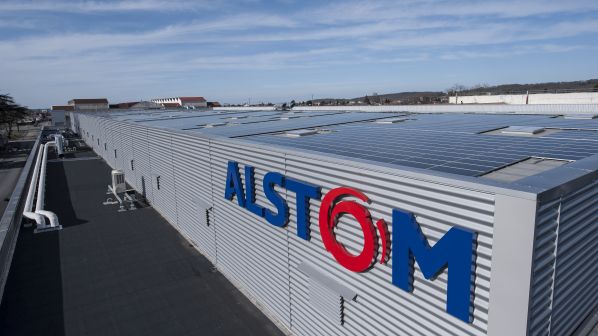 ALSTOM has released a statement saying it has suspended a partnership with Ukrainian Railways (UZ) to supply locomotives and associated services, as it is “closely monitoring the dramatic situation currently happening in Ukraine” during the Russian invasion.

The French and Ukrainian governments signed an agreement in early February to lend or finance around €750m of a planned order for 130 Alstom 120km/h Prima T8 electric locomotives for UZ, during a visit by French president Mr Emmanuel Macron to meet Ukraine president Mr Volodymyr Zelensky before the invasion. UZ president Mr Oleksandr Kamyszyn and Alstom chairman and CEO Mr Henri Poupart-Lafarge also signed a cooperation agreement at the same meeting in Kiev.

Alstom told local media at the time in Ukraine that it expected the contract for the locomotives to be signed by June, but this has now been put on hold. “Alstom has expressed its deep solidarity with UZ during this dramatic time,” Alstom says.

Alstom adds that it is suspending all future business investment in Russia and that it will comply with all applicable sanctions and laws.

Alstom says it is prioritising the safety of its employees and their families.

“A dedicated team has been set up to manage the situation since the beginning of the conflict, taking actions to best support them,” the manufacturer says. “Our thoughts are also with all the victims of this conflict. In addition to local initiatives from our teams around the globe, our solidarity towards the affected population will be primarily channelled through the Alstom Foundation.”

Alstom also says it is also reviewing the book value of its stake in Russian rolling stock manufacturer Transmashholding (TMH).

Alstom and TMH signed a strategic partnership agreement in 2009, aimed at developing new products in Russia and Commonwealth of Independent States. The deal saw Alstom support the modernisation of TMH’s manufacturing sites, and the development of a new generation of rolling stock. In return, Alstom acquired a 25% share of TMH. This was increased to 33% in December 2015 following the acquisition of an additional 8% stake from Russian Railways (RZD).

Alstom says it now holds a 20% stake in TMH and there is “no material business nor operational link between Alstom and TMH.” Alstom says it will reassess the book value of its TMH stake as part of the fiscal year 2021/22 closing accounts.

TMH is consolidated through the equity method, and Alstom’s interest in TMH was valued at €482m in its 2021-22 first half financial report, with a currency translation adjustment of negative €169m. TMH’s contribution to Alstom’s net income was a €2m loss.

RZD and Belarusian Railways (BC) were suspended by the International Union of Railways (UIC) on March 8.

“We wish to remind everyone that TMHI is privately-owned and that neither the Russian government, nor any Russian state-owned companies have any interest or involvement in TMH International,” the company told IRJ. “In addition, we would like to state that, as of today, none of our shareholders appear on sanction lists.”