Henri Poupart-Lafarge offered an update during the supplier’s annual results call on May 11. 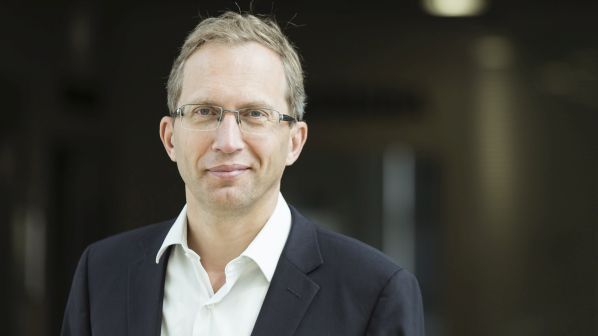 ALSTOM’s president, Mr Henri Poupart-Lafarge, presented the company’s results for 2020-21 and provided an update on the train builder‘s progress and plans for the next few years, including the continuing integration of Bombardier Transportation, during a conference call on May 11.

Poupart-Lafarge described 2020 as “extraordinary” because of the Covid-19 crisis and the Bombardier acquisition, which was confirmed on January 29. This has boosted the company’s staff to 70,000 in 70 countries worldwide of whom 43,100 are in Europe, 12,200 in the Americas, 11,500 in the far East and 4900 in North Africa/Middle East. Bombardier brings workers with nine nationalities and Poupart-Lafarge says Alstom has already contacted Bombardier’s 600 customers, with generally positive responses.

Poupart-Lafarge added that the main challenge over the next few months and years is the integration of Bombardier, including the convergence of product lines, which is projected to produce synergies and result in savings of €400m by the fourth to fifth year. A working group is evaluating 120 projects inherited from Bombardier, with the aim of restoring Ebit margins of 3-4%, which compares with Alstom’s Ebit margins of around 8%. Alstom aims to bring margins up to double figures for all orders, which is expected to take two to three years.

Alstom reported a fall of 14% in booked orders in 2020-21, which totalled €9.1bn compared with €9.9bn in 2019-20. The figure includes €664m for the two months that Bombardier contributed to the total. The total order backlog is now €74.5bn. The company says that after a “softer” first semester of 2020-21 due to the Covid-19 crisis, commercial activities witnessed a full recovery reflected in the sustained level of orders.

Sales during the year totalled €8.785bn, experiencing a 4% fall year-on-year due to the Covid crisis. Bombardier contributed €1.125bn in the two-months following the takeover, consistent with previous quarters. Rolling stock accounted for €4.53bn of this figure (-1% year-on-year), signalling €1.563bn (up 3%), and service sales €1.745bn (up 2%). Systems sales of €947m were down 32% due to an expected ramp down of projects in Riyadh, Dubai, and Panama.

Adjusted Ebit stood at €645m and the adjusted Ebit margin was 7.3% across the group, with Alstom’s legacy business reporting a margin of 8% and Bombardier Transportation 2.7%. Net debt following the Bombardier acquisition was €899m. Alstom reports that it had a €4.5bn liquidity position and equity of €9.117bn on March 31 2021.

Poupart-Lafarge stressed the importance of firms such as Helion in developing hydrogen-powered trains. Alstom reported progress with its iLint multiple unit platform in 2020, with the train approved for service in Austria, while the company signed contracts with North Milan Railway (FNM) in Italy for six trains and with the French regions for 12 trains, with delivery of both orders set to commence in 2023.

Poupart-Lafarge says the future is encouraging for Alstom, citing post-Covid investment in the EU, United States and India, most of which include significant investment in transport, especially projects which will have a positive effect on the environment.