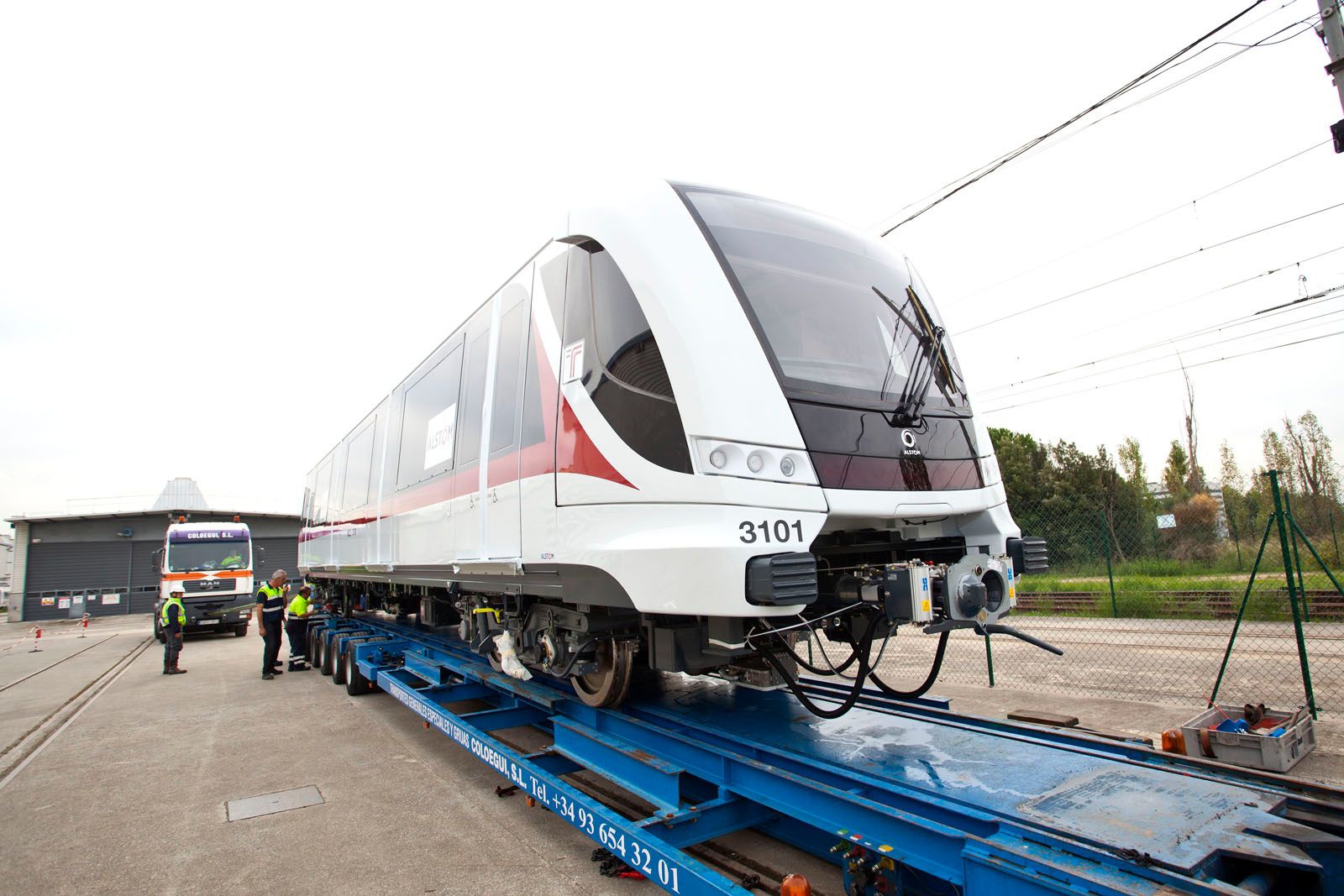 A Metropolis car for Guadalajara metro Line 3 en route from Spain to Mexico.

Signalling, systems and services represented 54% of first-half sales which Alstom says is in line with its objective to reach 60% by 2020. Signalling sales increased by 33% partly due to the integration of GE’s signalling division. Systems sales grew by 20%, but services income fell to €700m due to a drop in the value of the pound against the euro regarding a British maintenance contract. Revenue from selling trains totalled €1.6bn.

“Alstom has started the 2016-17 fiscal year with excellent results,” says Mr Henri Poupart-Lafarge, Alstom’s chairman and CEO. “Commercial performance was very dynamic including the booking of two contracts for a new generation of high-speed train in the US and the extension of the Dubai metro system. Operational performance was sustained with organic sales growth of 7% and adjusted Ebit up by 20%. Free cash flow was exceptionally high, with several large down-
payments. These results demonstrate the success of Alstom’s strategy and allow us to confirm our 2020 objectives.”