ALSTOM says it will “take into account the consequences” of the operating and financial developments at Bombardier Transportation in forthcoming takeover discussions after the company reported an adjusted Ebit loss of $US 383m in the second quarter of 2020. 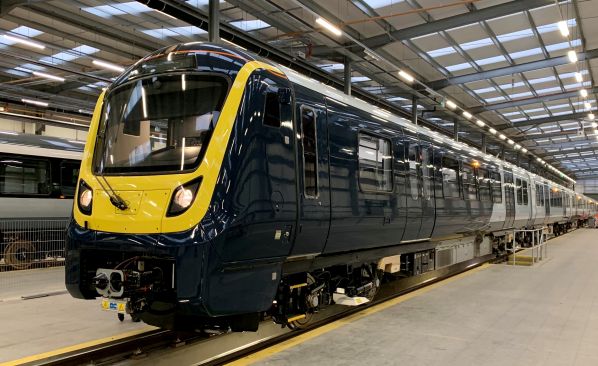 Bombardier Transportation reported revenues of $US 1.5bn in its second quarter results released on August 6, reflecting a lower level of production as operations at key sites in Europe and North America were suspended due to the Covid-19 pandemic. Adjusted Ebitda for the quarter was negative $US 350m.

The company described the Ebit loss as significantly below expectations, reflecting an additional charge of $US 435m, which largely relates to incremental engineering, certification and retrofit costs associated with a number of late-stage projects mainly in Britain and Germany.

Alstom received conditional approval from the European Commission (EC) for its acquisition of Bombardier on July 31. The French manufacturer announced plans to acquire 100% of Bombardier Transportation’s shares for between €5.8bn and €6.2bn in February. Under the deal, CDPQ, which currently holds a 32.5% stake in Bombardier Transportation, will become Alstom’s largest shareholder with around 18% of capital. CDPQ will reinvest about €2bn in Alstom plus an additional €700m. Bouygues will remain a shareholder in Alstom with around 10% of capital.

“Alstom remains convinced of the strong strategic rationale for the acquisition of Bombardier Transportation and is confident in its ability to restore in the medium term the profitability and commercial performance of the business,” Alstom said in a statement.

“However, the quarterly announcement points to unexpected and negative developments regarding Bombardier Transportation, which is currently facing challenges, especially when compared to the information available prior to the February 17 2020 announcement regarding Alstom’s intended acquisition.”

Bombardier says the outlook for Transportation remains positive. It points to its $US 33.7bn order backlog and “strong industry fundamentals.” The company adds that with operation at its plants returning to normal, production is expected to accelerate in the second half, peaking in the fourth quarter and generally in line with 2019 levels.

“The engineering and production delays tied to the Covid-19 pandemic are expected to be recovered in 2021 and beyond, supporting future free cash flow generation,” the company says.

In addition, Bombardier says that a new dedicated project team was mandated to conduct “deep dives” into challenging legacy projects during the quarter. The teams are evaluating both project management and talent resources with a goal to fully understand the causes of excessive costs and to take the right corrective actions.

Bombardier has suffered delays recently with the delivery of Talent 2 EMUs to Abellio Rail Baden-Württemberg and Talent 3 EMUs to Southwest German Transport (Sweg) as well as with Aventra EMUs for the Crossrail line in London, London Overground and the Greater Anglia and South Western franchises.

A charge of $US 350m relating to these delayed projects contributed to an adjusted Ebit loss of $US 230m for the fourth quarter of 2019.