ALSTOM recorded a 27% drop in sales in the first quarter of the 2020-21 financial year from April 1 to June 30 due to the effects of the coronavirus pandemic. 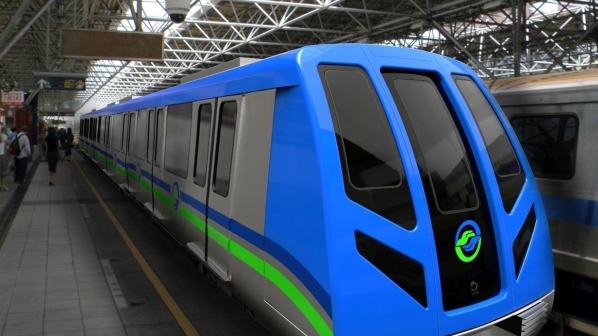 Orders finalised during the period included a contract to equip Phase 2 of the Wanda – Zhonghe – Shulin Line metro extension.

The company maintains a positive outlook, and predicts that business will return to normal relatively soon following the pandemic.

“During the first quarter, the group’s level of sales was impacted by the consequences of the Covid-19 containment measures,” says chairman and CEO, Mr Henri Poupart-Lafarge. “While we achieved a very good continuity of our engineering activity through remote working, lockdowns impacted our sites and supply chain. Yet, the group’s commercial activity remained stable despite the crisis. Announcements of governments worldwide in support of rail show that the train is more than ever recognised as a way to support the transition towards more sustainable mobility.”

The sustained order intake was driven largely by a significant rolling stock and services order in Africa, Middle East and Central Asia (AMECA) region, and a metro system order in Taipei, Taiwan. Alstom was also awarded various services contracts in Mexico, China, the United States and Greece, while signalling contracts were booked in Europe and the United States.

The decrease in sales was mainly caused by the impact of the Covid-19 crisis, in particular train manufacturing due to the slowdown of sales during the containment period. Services were impacted to a lesser extent due to train traffic reduction while signalling schemes suffered due to a slowdown in installation. Systems sales decreased as anticipated with contracts nearing completion in Dubai, Riyadh and the completion of a contract in Panama.

As of July 16, Alstom’s operation has returned to close to normal, with the supply chain resuming in line with manufacturing production.

Alstom says the acquisition of Bombardier Transportation remains on track to be completed in the first half of 2021, with the European Commission (EC) set to announce its decision on whether to approve the acquisition or launch a full investigation by July 31, which was put back from July 16.

Alstom outlined a proposal to sell key product lines to assuage concerns raised by the EC on July 9.

Alstom also announced the acquisition of cast iron and steel brake discs manufacturer Ibre on June 30, which marked a significant development of its Alstom in Motion (AiM) strategic plan. Ibre employs around 30 people at its Sens site in Bourgogne Franche-Comté and had a turnover of approximately €10m in 2019.

Alstom says the Covid-19 crisis is likely to negatively affect financial performance in the 2020-21 fiscal year, including order intake, net income, free cash flow and sales, although it says it is not currently possible to precisely assess this impact.

Following the current crisis, Alstom says it expects a fast recovery of the rail market, sustained by strong fundamentals and increasing demand for sustainable mobility.

“In this context, the objective of a 5% average annual growth rate over the period from 2019-20 to 2022-23 should be slightly impacted by the temporary slowdown of tender activity, yet the 2022-23 objectives of 9% adjusted EBIT margin and of a conversion from net income to free cash flow above 80% are confirmed,” Alstom says.

“With a strong liquidity position, a demonstrated ability to deliver execution and profitability and the rapid launch of a cost and cash mitigation plan, the group is confident in its capacity to weather the crisis as well as to capture opportunities in a resilient rail market and contribute to the transition towards sustainable transport systems.”