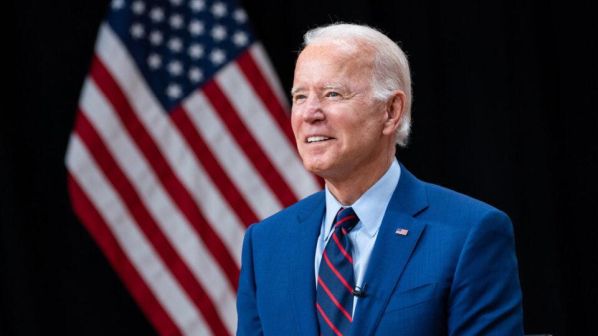 The plan was announced by US president Joe Biden.
Photo Credit: wh.gov

UNITED States president, Mr Joe Biden, unveiled The American Jobs Plan on March 31, a major economic stimulus plan which includes a $US 621bn investment in infrastructure, including $US 85bn to modernise existing and expand public transit networks, and $US 80bn for Amtrak.

Amtrak subsequently released an updated vision, Amtrak Connects US, on March 31 to expand its services to serve 160 new communities across the United States in addition to the more than 500 already served. The plan includes more than 30 new and improved services on more than 20 existing routes (see map) as well as multiple daily services in 15 more states. The target is to carry 20 million more passengers than the 32 million served in fiscal 2019.

Among the plans is enhanced services from Vancouver, BC, via Seattle and Portland to Eugene; from San Jose via San Francisco to Auburn; and along the eastern seaboard from Burnswick to Richmond. New services will connect Jacksonville with Tampa and Miami; Las Vegas with Los Angeles; and Houston - Dallas - Fort Worth - San Antonio.

“President Biden’s infrastructure plan is what this nation has been waiting for,” Amtrak CEO, Mr Bill Flynn, said in a statement. “Amtrak must rebuild and improve the Northeast Corridor and our National Network and expand our service to more of America.

“The NEC’s many major tunnels and bridges - most of which are over a century old - must be replaced and upgraded to avoid devastating consequences for our transportation network and the country. In addition, Amtrak has a bold vision to bring energy-efficient, world-class inter-city rail service to up to 160 new communities across the nation, as we also invest in our fleet and stations across the US.”

The US Department of Transportation estimates the overall transit maintenance backlog in the United States at $US 105bn. The $US 85bn allocated to transit in the plan will in effect double federal spending on transit and support efforts to reduce this backlog as well as expand transit services to new communities.

“This forward-thinking investment in public transportation and passenger rail will help our communities meet growing mobility demands, create family-wage jobs, expand US manufacturing and supply chains, and grow the economy,” American Public Transportation Association (Apta) CEO, Mr Paul Skoutelas, said in a statement. “It puts us on the path to increase access to opportunities for all Americans and build more equitable communities. The American Jobs Plan also addresses the environmental and sustainability challenges facing our communities, nation, and the world.”

Biden’s plan also includes a dedicated $US 25bn fund to support infrastructure projects deemed to have tangible benefits to the regional or national economy but are too large or complex for existing funding programmes.

Biden plans to fund the plan largely by increasing the corporation tax rate from 21% to 28% as well as cracking down on corporate tax avoidance, a strategy he says will cover the cost within 15 years.

However, the Association of American Railroads (AAR), which represents the US’ private freight railways, questioned the administration’s strategy for funding the plan. While AAR says it backs “sensible infrastructure investment and associated efforts to address climate change,” it prefers alternative ways to pay for them.

“Railroads would urge the administration and Congress to abandon these divisive, unrelated funding sources and instead work toward bipartisan solutions to restore the Highway Trust Fund to a true user-pays system,” AAR said in a statement.

Democrats, which have effective control of the Senate and a slim majority in the House, are aiming to deliver a final bill for Biden to sign between July 4 and early September. However, they will face a major task to secure any Republican support for the plan and a challenge to keep moderate Democrats onboard.