UNITED States national passenger rail operator Amtrak has released criteria for the restoration of regular long-distance services following an announcement that most daily services would be cut to three times a week from October due to the coronavirus pandemic. 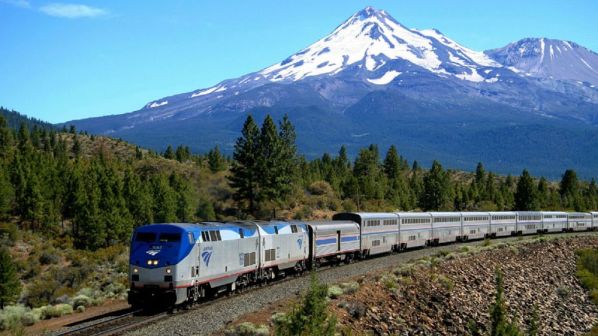 Amtrak has confirmed that the return to daily services along its routes will be determined by three metrics, with assessments according to these benchmarks scheduled to begin from February 15 2021:

Amtrak states that calculations for both future demand and for its 2021 financial plan attempt to account for reduced availability of spaces due to both reduced ridership, caps on ticket sales and other coronavirus-related social distancing measures.

If all criteria are met by a given route, services could be restored to daily levels as early as May next year. Amtrak hopes that full restoration of all services will take place no later than the end of June 2021, but warns that it currently lacks sufficient data to confirm this.

The operator also notes that plans to restore services are dependent on sufficient levels of federal government investment. It estimates that it will require $US 3.5bn in government funding for the 2021 fiscal year assuming a 50% network-wide ridership level.

Amtrak has so far received $US 1.02bn of government support under the Coronavirus Aid, Relief and Economic Security (Cares) Act. This support is currently scheduled to expire at the end of September. An additional $US 1.48bn was requested by Mr Bill Flynn, Amtrak’s CEO, on May 25 to support the operation of services across its network. However, no additional funding has been forthcoming.

The long-distance service reductions are scheduled to be introduced in three stages following the start of the 2021 fiscal year on October 1, with changes to be implemented on October 5, 12 and 19. Amtrak released its new timetable plan for the routes on August 13.

Of Amtrak’s 15 long distance services only two, the Cardinal and Sunset Limited, previously operated on a thrice weekly basis. Another 12 services will now operate on the same basis until next year. The 2235km Silver Meteor between New York City and Miami will operate four times a week. Only the 1376km Auto Train motor rail service between Lorton, Virginia, and Sanford, Florida, will continue to operate daily.

Mr Roger Harris, Amtrak’s executive vice-president and chief marketing and revenue officer, told Railway Age on June 16 that the cost-cutting measures are part of a pledge by the operator to Congress to reduce costs by $US 500m. It is hoped that the reductions will save as much as $US 150m for the 2021 fiscal year. Amtrak services previously operated at an approximate $US 500m annual loss before the pandemic.

The measures follow significant reductions in revenue due to the pandemic. Amtrak has reported an 81% fall in demand for long distance services in April and May alone, reflecting a network-wide 95% drop in ridership compared with 2019.

Amtrak also attempted to address concerns that the reductions could be permanent. It affirmed its commitment to long-distance services, and highlighted a range of infrastructure projects it is currently undertaking along its long-distance routes, including 24 station improvements at varying stages of development, as well as the installation of Positive Train Control (PTC) and other safety measures.

The company’s PTC rollout was completed this month across all owned and controlled lines, with the system now implemented on all Amtrak-owned locomotives and 1445.2 route-km of line. In addition, the operator has also completed all staff training for the support of PTC operation.