THE split up of Australian logistics and transport specialist Asciano, parent company of major rail freight operator Pacific National (PN), was initiated on August 19 following shareholder approval and signing off by the relevant regulatory authorities. 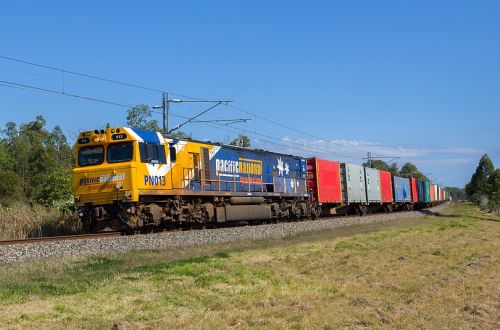 While the ports and logistics business units have been purchased by Qube and Brookfield, ownership of PN has been transferred to a group of pension funds and investment banks.

Intermodal rail revenue dropped by 3.7% to $A 878.1m, driven by a 6.4% decline in net-tonne-km over 2014-15. Despite the drop in revenue, container volumes increased 3.6% from 771,500 TEU to 799,100 TEU for the year. Intermodal continues to be impacted by lower volumes east-west reflecting the soft Western Australian economy and relatively stronger volumes north-south.

Coal volumes were down by 2.5% from 162.8 million tonnes to 158.8 million tonnes for the year with increased tonnages in Queensland, but lower volumes in the Hunter Valley where the length of haul (measured in net tonne kilometres) increased by 3%.