AUSTRALIAN rail freight operator Aurizon has announced a 21% increase in underlying Ebit of $A 488m for the six months ending December 31 2016, compared with $A 403m in the first half of the 2016 financial year. 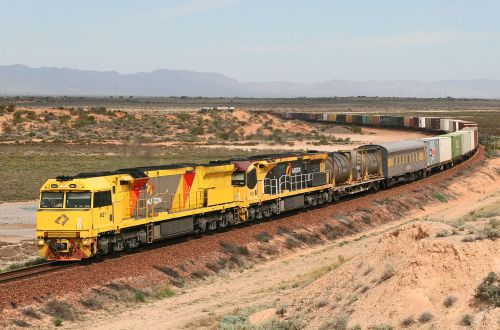 Net profit after tax for the half-year was $A 54m, compared with $A 108m in the first half of 2016. The figure was impacted by $A 257m (pre-tax) of impairments and $A 64m (pre-tax) in redundancy costs as previously announced.

Aurizon’s total first half revenue was up 1% at $A 1.8bn, compared to the previous period. Return on invested capital was 9.6%.

Aurizon’s free cash flow (post interest paid) has strengthened to $A 356m, up from $A 63m in the first half of 2016, due to stronger earnings and lower capital expenditure. This includes $A 98m from Aurizon’s sale of its stake in the Moorebank freight terminal development to logistics company.

“The result demonstrates a solid performance in a strengthening commodities market, with our key financial and operational metrics trending positively,” says Aurizon’s managing director and CEO Andrew Harding. “We have moved to execution phase for diversified bulk freight as part of the broader freight review, where Aurizon will retain, transform or exit individual contracts based on their commercial return and sustainability.

“The Intermodal business has been restructured as a standalone function with full profit and loss accountability, reporting to me, while we progress towards the conclusion of the freight review, expected mid-year.

“From an international perspective, we are seeing strong demand for quality Australian resources, including metallurgical and thermal coal, in a strengthened price environment. This is good news for our customers, for the industry and for Aurizon, and could present future volume and growth opportunities.”