Australian government chips in extra $A 5.5bn for Inland Rail

THE Australian federal government will invest a further $A 5.5bn ($US 4.18bn) in the Inland Rail project through an equity injection in the Australian Rail Track Corporation (ARTC), which is building the 1700km freight line from Melbourne to Brisbane. 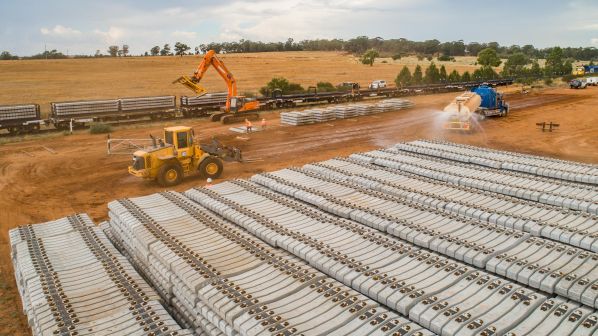 Work on the project is scheduled for completion in 2025.

Inland Rail was budgeted at $A 9.9bn in 2017. However, Inland Rail CEO, Mr Richard Wankmuller, says detailed investigations undertaken by the Inland Rail team over the past five years identified that additional investment was needed to meet “community and customer expectations.”

Inland Rail will cut 200km off the existing coastal route between Melbourne and Brisbane and offer transit times of less than 24 hours. The additional funding will go towards 4500 extra culverts, nine viaducts, 6.8km of bridges, 10 extra grade separations, 450km of fencing and the removal of 139 level crossings.

“The Australian government will invest up to $A 14.5bn in equity in ARTC to ensure that Inland Rail will deliver more jobs, more significant benefits and a bigger boost to GDP,” Wankmuller says.

While details of the sections of track which have had designs revised have not been released, the minister for finance, Mr Simon Birmingham, says the investment is in response to the needs of those along the alignment.

“This is about being responsive to the needs of the farmers, businesses and communities who will rely on Inland Rail,” he says. “We’re making improvements to the design to deliver a more efficient network while at the same time supporting even more jobs and more economic activity.”

“The current route for Inland Rail was first specified in 2010 by the ARTC and at that time they estimated that the cost would be $A 4.4bn,” Terrill says. “Then in 2015 they did a full business case and they thought it was going to be $A 9.9bn. Now this is another $A 5.5bn injection from the federal government. It is an enormous increase on the initial cost estimate.”

For a detailed report on progress with Inland Rail, see the November 2020 issue of IRJ p22, or click here.