German state plans to become “climate neutral” five years ahead of the rest of Germany. 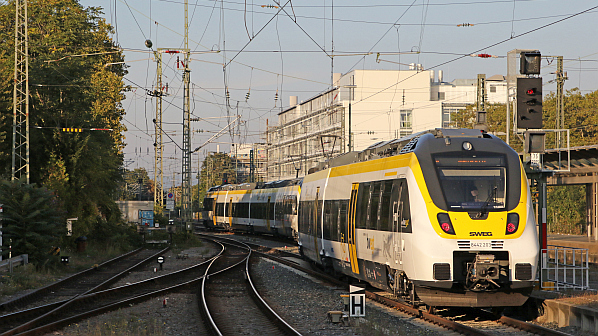 THE German state of Baden-Württemberg has approved and presented its 2030 Public Transport Plan for stakeholder consultation. The plan calls for the state to become “climate neutral” by 2040, five years ahead of the federal government’s target for the rest of Germany.

The detailed plans include over 130 specific actions in 10 areas, development of which began in 2020:

Following state government approval of the draft plan  the final consultation phase is underway and will last until April 2022. Local authorities across the state are focussed on how the plans will be implemented between 2022 and 2030.

A key element of the plan is ”the guarantee of mobility in local public transport” meaning that frequencies and availability of bus or rail routes is sufficient enough to allow most people to avoid using their cars. The state government envisages a doubling of timetabled services that will run between 05.00 and 00.00. A peak hour 15-minute frequency in urban areas and a 30minute frequency in rural areas is planned by 2026.

Baden-Württemberg, in conjunction with all 15 other German states, has requested the federal government increase funding to finance operational subsidies by €1.5bn annually.

The state has also set targets for regional rail service frequencies of 15 minutes all day in urban areas and 30 minutes in rural areas by 2030. New forms of on demand minibus/taxi based services are to be trialled in several predominantly rural areas.

App based e-ticketing is seen as the best approach to simplify fares and introduce fare capping. With financial support from the state, a state-wide school, trainee, student and youth ticket priced at €365 a year is planned.

Baden-Württemberg is one of the leading states in Germany promoting enhanced rail networks and has multiple schemes underway to reopen old railway lines or enhance existing ones. Not all these plans have been met with universal approval; plans for the Regional-Stadtbahn Neckar-Alb tram-train system centred on Tübingen and Reutlingen have been disrupted after a local referendum in Tübingen, held alongside the recent General Election, resulted in a 57.4% vote against construction of the planned light rail infrastructure in Tübingen city centre. This will either delay or totally change the plans for the tram-train system.

The state has also suffered from serious train reliability problems, with the nationwide shortage of train drivers one cause. Exactly how service frequencies can double without substantially more drivers remains an open question, even if the costs of paying train operators to potentially double train-km operated are financed either from increased revenues or larger subsidy payments.