AUSTRIAN Federal Railways (ÖBB) earnings reached their second-highest level in the company’s history in 2017, according its annual results, which were published on April 26. 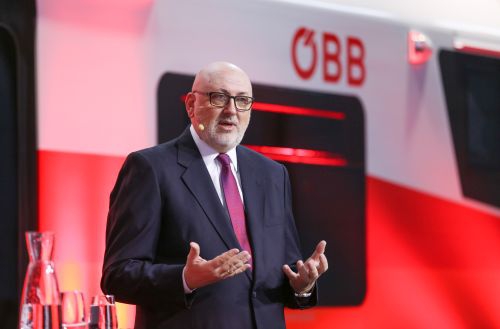 Passenger numbers increased 0.8% to 246 million and ÖBB attributes most of the growth to long-distance services, with increased frequencies on the Innsbruck - Bregenz route and doubling of Railjet services between Vienna Main Station and the capital’s airport.

CEO Mr Andreas Matthä also stated that the Nightjet network is performing well and carried 1.4 million passengers in 2017. A Vienna - Wroclaw - Berlin Nightjet service will be introduced in December 2018 as well as a new day train from Vienna to Berlin via the new Ebensfeld - Erfurt high-speed line with a journey time of seven hours.

The results of a tender for new long-distance rolling stock will also be announced around September 2018.

Rail Cargo Austria (RCA) traffic increased 14% to 32.9 billion tonne-km. ÖBB notes that this is well ahead of other major European rail freight operators such PKP Cargo (+9%) and SBB Cargo (-1%) and DB Cargo (-2%).

International business is increasingly important for RCA and activities outside Austria accounted for 42% of revenues in 2017, up from 40% in 2016. RCA is now active in 18 countries, providing its own traction services in 10 of them.

Without disclosing any details, Matthä said that RCA is planning further expansion in southeast Europe and also in the north.

After a long period of staff cuts, the workforce increased 1.6% to 40,327, including 300 new recruits for operations abroad.