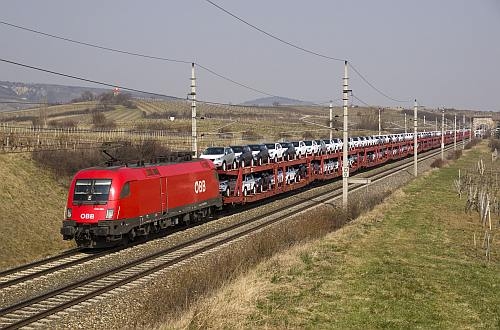 Passenger traffic grew fractionally from 234 million to 235 million, although this increase is attributed entirely to local and regional services, primarily in the provinces of Carinthia and Vorarlberg, where there have been significant improvements in services. This implies that other regions have not performed as well, although ÖBB refused to give details.

Rail Cargo Austria achieved pre-tax profits of €58.9m, despite a fall in revenue from €2.28bn to €2.07bn. ÖBB says that the restructuring of RCA is now complete and that no further decline in revenue is anticipated.

Freight volumes in Austria showed a slight increase from 83.4 to 83.6 million tonnes, while in Hungary Rail Cargo Hungaria also achieved growth with volumes rising from 32.5 to 32.7 million. Overall freight volumes including all international activities rose from 109.3 to 110.1 million tonnes.

ÖBB says these results have been achieved despite the difficult economic situation and increasing competition. Kern says ÖBB is preparing for competition for public service contracts, which is expected to become mandatory under the Fourth Railway Package. RCA faces further competition and plans to optimise the economies of its business in a stagnant European market.