AFTER several years of poor or mixed results, Austrian Federal Railways (ÖBB) achieved a strong turnaround in 2012 with a return to profitability. 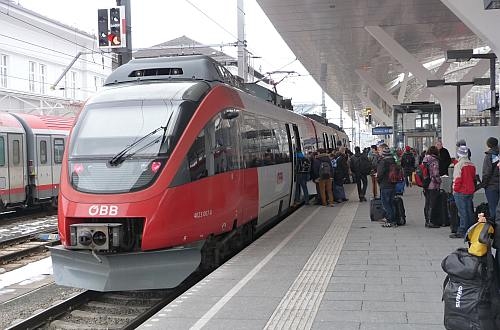 ÖBB Passenger Transport reported a big increase in rail ridership, which climbed 7% from 209 million passengers to 224 million. This increase is attributed to local and regional train services whilst long- distance passenger figures remained stable despite the market entry of competitor Westbahn on the Vienna – Linz – Salzburg route.

ÖBB admits that competition with Westbahn has led to €15-20m drop in revenues, mostly due to the introduction of cheap Sparschiene tickets. Nevertheless total revenue rose from €1.78bn to €1.87bn while Ebit grew from €60.3m to €74.2m.

Track authority ÖBB Infrastructure reported a slight drop in train kilometres, largely as a result of a decline in freight movements, but Ebit rose from €544m to €590m.

The ÖBB workforce shrank from 40,833 to 39,833, although ÖBB says it expects this figure to remain stable for the foreseeable future.