BERLIN’s Senate Department for Environment, Transport and Climate Protection and the Ministry of Infrastructure and State Planning for the state of Brandenburg have confirmed details of the tendering procedure for two Berlin S-Bahn operating concessions and an associated fleet maintenance contract, which is set to commence “as soon as possible.” 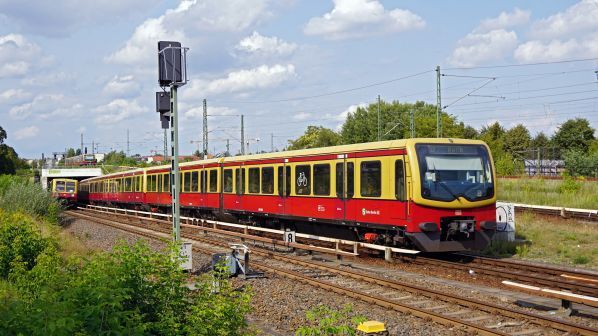 Bidders can either bid to become the operator of each of these concessions or combine operation with delivery and maintenance of a new fleet of trains. Alternatively, bidders can offer to run the entire system and deliver and maintain the complete fleet. This is the single largest tender in the history of Berlin’s S-Bahn with the contracts due to commence at the end of 2027. Berlin Senate says the best offer, not necessarily the cheapest, will be selected.

In line with the new operating agreement, Berlin is planning to procure at least 1308 new S-Bahn vehicles or 327 four-car trains, which will be owned by the state for the first time through a new company to be established by the state of Berlin. The state of Brandenburg has the option to participate in this company. There are also options to procure an additional 852 S-Bahn vehicles to support expanded operation on future line extensions or to increase capacity of existing services.

The states have also agreed to plan construction of an additional fleet maintenance facility per sub-network to support the expanded fleet, including securing necessary land and developing rail connections.

“With this tender, Berlin and Brandenburg are opening a new chapter for local transport in the metropolitan region,” says Ms Regine Günther, Berlin senator for the environment, transport and climate protection. “Hundreds of new modern cars will enable S-Bahn traffic with a much higher frequency and significantly less susceptibility to faults. This gives people a reliable, attractive offer for efficient and environmentally friendly mobility in Berlin and Brandenburg.”

In addition, the Brandenburg regional government and DB have signed a €16m agreement to commence detailed planning in advance of securing planning permission for the planned 5km S-Bahn extension from Blankenfelde (Teltow-Fläming) to Rangsdorf south of Berlin. The project is part of the i2030 infrastructure project supported by Berlin, Brandenburg, DB and Berlin-Brandenburg Transport Authority (VBB).

The 5km section of new S-Bahn line will be built immediately west of the Berlin Main Station - Dresden ‘Dresdner Bahn’ line, which is being rebuilt between Berlin Südkreuz and Blankenfelde with completion due by 2025.

Planning work for the S-Bahn extension, which will take place in 2020-22 will determine if the new S-Bahn line should be built wholly or partially as double track as the existing southernmost Lichtenrade - Blankenfelde section is single track and not planned for expansion to double track as part of the rebuilding project.

Assuming planning approvals and finance for construction follows the planning work, the new line could open in 2028.