BLS has announced the departure of CEO Mr Bernard Guillelmon, following the results of an audit by the Swiss Federal Audit Office (SFAO) released on September 3, which identified flaws in the company’s accounting processes. 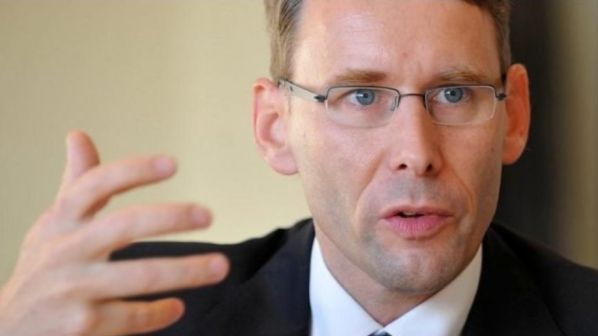 The audit concluded that recent financial mishaps were the result of BLS’s overly complex and opaque accounting methods, which SFAO says require a radical overhaul. SFAO has invited BLS to improve and “dispel doubts about the allocation of expenses” of its balance sheets.

SFAO also highlighted new errors in the calculation of subsidies received by the company valued at "several million francs," noting “significant and recurring deviations from planning.”

The audit was launched following news in February that BLS and its road subsidiary Busland, had failed to budget for the sale of half-fare season tickets on its Libero fare network, which covers Bern and the Solothurn region.

Federal and canton governments provided SFr 43.6m of regional passenger traffic (TRV) subsidies in excess of what BLS was entitled between 2011 and 2019. This included SFr 20m from the canton of Bern, which holds a 55.8% stake in the railway. BLS has since promised to reimburse these excess funds.

In a statement following Guillelmon’s resignation, BLS stated that the funds, which were earmarked for use in public transport, were used for that purpose, with no funds being used for personal enrichment.

“No one has committed a criminal act, there were no hidden funds,” Guillelmon said during a press conference in Bern on September 4.

BLS also says it has already taken corrective measures to address the issue, including a complete revision of the TRV offer process, an overhaul of control processes, and improvements to IT systems.

According to BLS board director, Mr Rudolf Stämpfli, relevant departments within the company were aware that revenue from half-fare season tickets were not accounted for, and that management had been informed of the state of affairs in spring 2017.

According to Guillelmon, the discrepancy was seen as a way to compensate for operating costs, which had not been accepted by public authorities.

“Management accepted this as a way to reduce economic risk,” says Guillelmon.

BLS was previously reprimanded by the Swiss Federal Office of Transport (BAV) in March 2019 for a faulty interest rate smoothing model, which resulted the over-collection of indemnities worth SFr 29.4m, which the railway has also agreed to repay.

Swiss Federal Railways (SBB) was found to have received SFr 7.4m in excess subsidies from the Zurich Transport Authority (ZVV) between 2012 and 2019. These funds were found to have been incorrectly divided between commercial long-distance transport and the subsidised regional transport offers.

Road transport operator PostBus also claimed almost SFr 80m in excess subsidies between 2007 and 2015 through similar methods, resulting in the dismissal of its entire management team.

Guillelmon will step down in November after 12 years, and will be replaced as interim CEO by Mr Dirk Stahl, the current head of BLS Cargo.

The canton of Bern has also stated that it will request an inquiry into BLS’s ordering procedure, which will be completed by the end of 2021.