University Line will be 15.3km long with 15 stations and is due for completion in 2025. 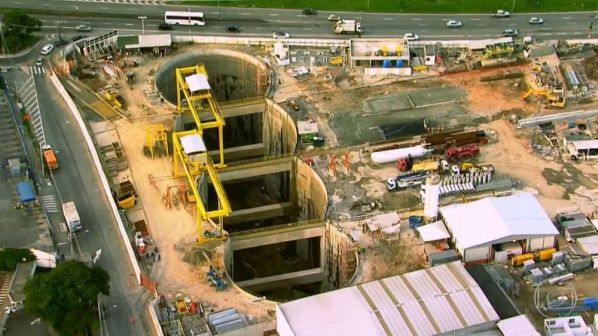 Work underway on the construction of São Paulo metro Line 6 - Orange, also to be known as the University Line.

BRAZIL’s National Bank for Economic and Social Development (BNDES) has released Reais 2.9bn ($US 570m) to São Paulo metro construction and operation concessionaire Concessionária Linha Universidade (CLU) as part of a financing agreement for the construction phase of Line 6 - Orange, for which BNDES is providing a total of Reais 6.9bn.

CLU was formed by Spanish civil works contractor Acciona in partnership with investment bank Société Générale and STOA, an infrastructure and investment company owned by Caisse des Dépôts and AFD. There is also strategic participation by public transport operator Transdev.

Total investment in the project is Reais 17bn, financed by a consortium of 11 banks, including BNDES, under a project finance non-recourse model, in which risk is mitigated with guarantee and insurance operations. Private financial institutions are guaranteeing up to 48% of debt during the construction and start-up period.

There will also be interchanges with with Line 1 - Blue and Line 4 - Yellow at São Joaquim and Higienópolis/Mackenzie stations, respectively.

The University Line will provide access to a number of educational institutions, particularly universities such as UNIP, FMU, FGV, PUC-SP, Mackenzie Presbyterian University and FAAP, as well as hospitals including Hospital Brasilândia and Hospital Vila Penteado.

Construction work should be completed in September 2025, when CLU’s 19-year commercial operation period of the line is due to begin. The project is currently the largest urban transport project under development in Latin America and Line 6 is expected to carry around 650,000 passengers per working day.