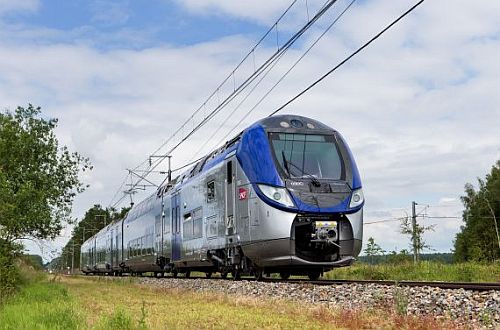 “Ebit margin before special items grew 100bps to 8.4% in 2017, representing the fifth consecutive quarter with margins at or above 8%,” Bombardier says. “With two-thirds of the transformation initiatives completed at year-end, continued execution of the plan is expected to lead to further margin expansion.”

Order intake jumped by 20% from $US 8.5bn in 2016 to $US 10.2bn last year, while the manufacturer's order backlog reached $US 34.4bn by December 31 2017. Bombardier says this was fuelled by a 20% increase in order intake across all product segments primarily in Europe and Asia-Pacific.”

Canadian pension fund CDPQ purchased a 30% stake in Bombardier Transportation through BT Holdco for $C 1.5bn ($US 1.2bn) two years ago. Bombardier Transportation says its results in 2017 outpaced the performance targets underlying CDPQ’s investment in BT Holdco. As a result, for the 12-month period starting on February 12, Bombardier’s percentage of ownership on conversion of CDPQ’s shares will increase from 70% to 72.5%.

Referring to the performance of the entire company, Bombardier’s president and CEO Mr Alain Bellemare, says: “Bombardier closed out the second full year of its five-year turnaround plan with very strong performance. Because of this solid performance, we begin 2018 with great momentum. 2018 will be a pivotal year for Bombardier. We are moving out of our investment cycle and into a strong growth cycle.”