Bombardier-Siemens merger reports not based on fact - Troger 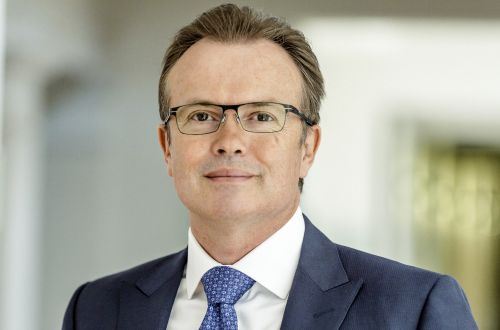 Speaking in Montreal, Troger says that these reports are based more on rumour and speculation than fact, and says that if and when Bombardier has something to say on the issue, the company will say it.

“We have two shareholders, Bombardier and Caisse de Depot et Placement du Quebec (CDPQ), those two shareholders are today managing the future of the company, and I cannot comment on what their intentions are for the future,” Troger says. “However, I don't think they have any intention to change the structure.”

The reports emerged last month and cite concern at both Bombardier and Siemens at competing with CRRC, China, which is rapidly gaining market share around the world. Creating a much larger company with greater financial resources could be one way of doing this, while a potential merger would allow some rationalisation of manufacturing plants to reduce costs and improve competitiveness.

However, Troger says that Bombardier considers its strategy of emphasising reduced total cost of ownership rather than upfront capital costs in its offerings, as well as its technological expertise, as the best way to compete in an increasingly competitive marketplace.

“We have to understand that the Chinese are looking to compete outside of China and they will bring their specific dynamics to this market,” Troger says. “As far as we are concerned, we will keep positioning ourselves as the leading-edge provider that will optimise the total cost of ownership for our customers. We consider that we have the best technology, and the best products, and we want to maintain our leadership in delivering the highest value for our customer.”

Troger says that since becoming CEO in December 2016, he has instituted a transformational strategy. This emphasises five key pillars:

• improving flexibility to meet customer needs all over the world
• a greater emphasis on securing success in systems and service contracts rather than relying predominately on rolling stock orders
• improving the performance and execution of projects and reducing costs
• optimising the capacity of the company to provide better services, and
• greater standardisation in offerings to customers moving away from customised solutions.

“It’s a five-year programme, we have completed year one, and year two is well on track,” Troger says. “I expect this momentum to continue as we strive to achieve our long-term guidance for 2020. The ambition is to grow and achieve profitiability of 8%.”

Troger was also keen to point out the company’s success in the Chinese market. He says that approximately $US 1.5bn of its sales were reported in China last year.

“We are not a small player in China,” Troger says.