BOMBARDIER and Siemens are discussing a possible merger between their two railway equipment manufacturing division, Bombardier Transportation and Siemens Mobility, according to a report by Bloomberg. 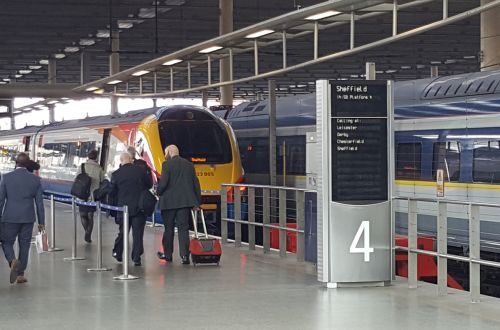 A Bombardier Meridian train alongside a Siemens Eurostar at London St Pancras.

The main objective would be to create a much larger company with the financial resources to compete more effectively against CRRC Corporation, China, which is rapidly gaining market share around the world. It would also allow some rationalisation of manufacturing plants to take place to reduce costs and improve competitivity.

Siemens Mobility recorded a turnover of €7.825bn for its 2016 financial year and made a profit of €678m, which equates to an 8.7% profit margin. Bombardier Transportation had a turnover of $US 7.574bn last year, an Ebit of $US 396m and an Ebit margin of 5.2%. In February 2016, Bombardier sold a 30% equity stake in Bombardier Transportation to Canadian pension fund manager Caisse de Dépôt et Placement du Québec (CDPQ) for $US 1.1bn.

Bloomberg says Société Generale values Siemens Mobility at about €7.2bn, while Veritas Investment Research estimates the value of Bombardier’s 70% stake in Bombardier Transportation at $US 5bn.

Any deal is likely to face strong opposition from competition regulatory authorities in Europe, and probably from politicians in Germany, Austria and France where both companies have a considerable presence, especially if the merger is likely to result in plant closures and redundancies. The French government recently stepped in to prevent Alstom from closing its Belfort plant.