BOMBARDIER Transportation has reported $US 2.1bn in revenue for the third quarter of 2020, adjusted to exclude the impact of foreign exchange rates due to the impact of the Covid-19 pandemic. The result is a 5% drop compared with the same period in 2019. 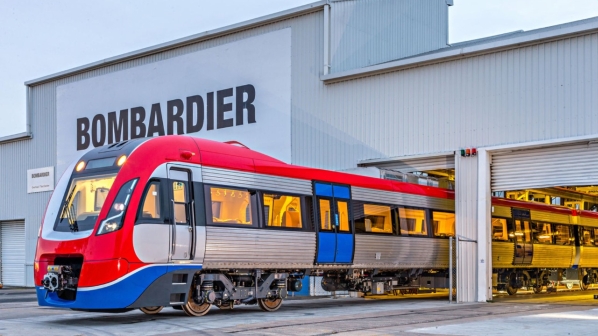 The manufacturer also announced an adjusted Ebit margin of 2.9% for the period. Bombardier says this is due to around 33% of revenues from currently-held contracts not yet contributing to results.

However, the company says that several major rolling stock contracts in Britain and Germany are currently undergoing certification, after which it expects to initiate delivery of the remaining trains before the end of the fiscal year. Consequently, revenue is expected to rise from the start of 2021.

Bombardier Transportation forecasts a positive outlook, highlighting an order backlog worth $US 34.1bn, which includes new orders for the third quarter worth $US 1.5bn from countries including India, Spain and the United States.

Bombardier also predicts a sustained upturn in future orders during the fourth quarter of 2020 as the awarding of contracts previously postponed due to the Covid-19 pandemic is resumed, as well as a combination of options exercised and service contracts.

The figures reflect the broader picture for parent company Bombardier, which reported total revenue for the third quarter of $US 3.5bn - a fall of 5% compared with the corresponding period in 2019.

The company says that the fall in revenue is primarily due to the economic impact of the coronavirus pandemic, as well as the disposal of assets including the sale of Bombardier Transportation to Alstom, which was agreed in September. The transfer of ownership to Alstom is expected to be completed by the first quarter of 2021.

In addition, Bombardier also reported an adjusted Ebitda of $US 176m for the period, with an Ebit of $US 15m.

“In the third quarter, we secured additional liquidity with a new $US 1bn senior secured credit facility; we have ensured that our disposals progress as planned; and with the accelerating deliveries across our lines of business, we continue to target neutral free cash flow for the second half of the year, assuming our business is not disrupted by the pandemic,” says Mr Eric Martel, president and CEO of Bombardier Inc.