THE governments of Britain and China this week signed a memorandum of understanding (MoU) on rail, paving the way for closer cooperation in railway design, engineering, construction, supply, operation and maintenance, which could include work on Britain's High Speed 2 (HS2) project. 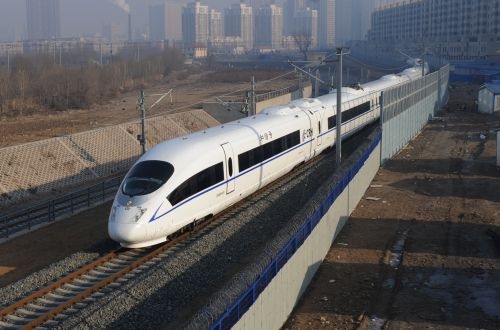 British transport secretary Mr Patrick McLoughlin signed the MoU with Mr Xu Shaoshi, chairman of China's National Development and Reform Committee (NDRC). The MoU states that the scope of the partnership could include:

• the supply of products and services to third markets

• collaboration on railway research and development

• safety and evaluation, and

"We want this partnership to be a win-win situation creating economic growth and jobs here and abroad – including in China," McLoughlin says.

The MoU follows a similar agreement reached by China Development Bank (CDB) with the CityUK, an independent membership body representing Britain's financial services industry. This MoU will "expand [CDB's] financing and lending activity in the Britain, including in infrastructure-related investment." CDB is said to want to fund HS2.

China's premier Mr Li Keqiang offered assistance with HS2 during British prime minister Mr David Cameron's visit to China last December, which was followed by China Railway Group stating that it could help with construction projects relating to HS2. The two leaders discussed the project again during a meeting in London this week.