THE British government is set to provide Transport for London (TfL) a funding and financing package worth around £1.8bn to make up for lost revenue caused by the coronavirus pandemic. The funding will enable the authority to keep London Underground trains and buses running with another national lockdown set to commence on November 5. 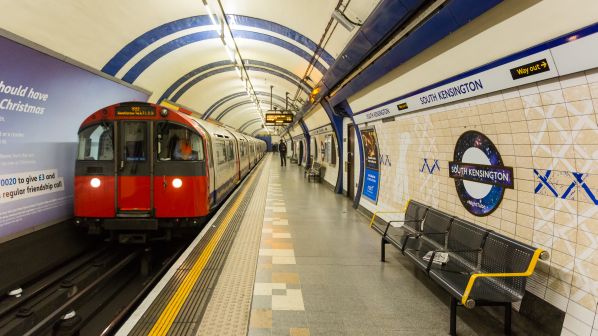 TfL will receive £905m in grant funding from taxpayers along with a £95m loan with the agreement set to run until March 2021. This figure takes into account projected passenger demand of 65% of pre-coronavirus levels. However, recognising the uncertainty of the current situation, the funding agreement can go up or down depending on the level of passenger revenue and is expected to be worth around £1.8bn.

In addition, London Mayor, Mr Sadiq Khan, has agreed to make £160m in savings over the next six months and will increase fares by the rate of inflation plus 1% from January. Amendments to London’s road congestion charge comprising a 30% increase in the fee and longer operating hours will remain in place under the new deal. Discussions on funding the additional £750m cost of completing the Crossrail project are not included as part of the package with negotiations taking place in parallel. TfL says they are expected to conclude soon.

“Reaching this agreement with the government allows us to help London through this next phase of the pandemic,” says Mr Andy Byford, London transport commissioner. “We will continue to work with the mayor and the government on our longer-term funding needs.”

TfL received a £1.6bn support package from the government in May. The agreed package is substantially higher than the £1bn proposed package put forward by the government in October when TfL and Khan were seeking £1.83bn. The announcement also effectively delays a decision over future funding for TfL until 2021, which will fall in the middle of a mayoral election campaign.

“Over the coming months, as we look to move beyond the pandemic, I look forward to working with London’s representatives to achieve a long-term settlement, with London given more control over key taxes so it can pay more costs of the transport network itself,” says secretary of state for transport, Mr Grant Shapps “This agreement marks the first step towards that, potentially allowing a longer-term, sustainable settlement for TfL when the course of the pandemic becomes clearer.”