BRITISH Steel was placed into compulsory liquidation on May 22 after rescue talks between the British government and the company’s owner Greybull broke down. 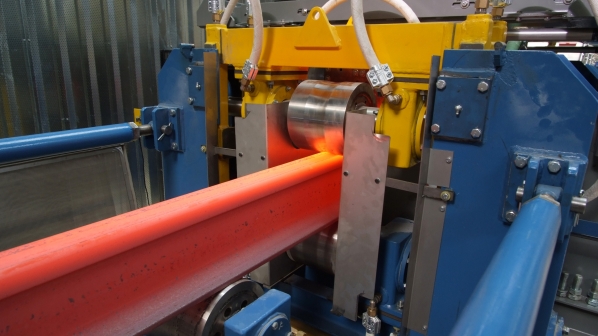 The government's official receiver has taken control of the company as part of the liquidation process.

The company, which supplies around 95% of British infrastructure manager Network Rail’s (NR) rail, had asked for an emergency state loan of about £30m, following a slump in orders that it blamed on uncertainty over Brexit. The weaker pound has also affected the business by increasing the cost of imported raw materials.

A spokesperson for the official receiver said in a statement: “British Steel Limited was placed into liquidation yesterday however it continues to produce steel to supply its customers. My team is working hard to secure a future for the company and is actively seeking buyers for the business.”

The statement confirmed British Steel Limited is the only company in liquidation, and said British Steel Rail France SAS and other subsidiaries are not in insolvency and continue to trade normally.

NR said it had been working closely with British Steel for weeks to do what it could to ease the company’s financial difficulties. “We have improved our order book with the company - increasing rail production volumes, bringing orders forward and committing to a long-term schedule - as well as offering immediate payment to ease the pressure on cash flow,” the company said.

NR also underwrote a year’s worth of orders, giving British Steel written security that its orders would not decrease.

“We committed to a minimum annual order of 100,000 tonnes from the company and have also engaged with both British Steel and our two other existing European suppliers to enable us to stockpile rail,” NR says. “We have strong plans in place to make sure that we are able to carry out all critical work on the railway. As well as additional supply our contingency includes reallocating lineside stock, servicing rail to reuse it, and employing measures such as increased track inspection and maintenance. Our remit is to safely run the railway for everyone that relies on it and we’re confident we remain able to do that.”

Along with major contracts in Britain, British Steel has been awarded a number of rail contracts in Europe in recent months.

Italian infrastructure manager Italian Railway Network (RFI) awarded British Steel two multi-million pound contracts in December 2018 to supply a total of 86,000 tonnes of rail, including 68,000 tonnes of standard grade rail and 18,000 tonnes of premium heat-treated SF350 rails in lengths of 108m. In October 2018, Belgan infrastructure manager Infrabel awarded British Steel a four-year network-wide renewal contract, with the supplier set to provide 35,000-40,000 tonnes of rail per year throughout the duration of the contract and more than 3000km of rail in total.

French infrastructure manager SNCF Network signed a five-year framework contract with British Steel in October 2015, and in June 2016 signed a contract for the supply of 120,000 tonnes of rail from the company's Hayange rail mill in northeast France.