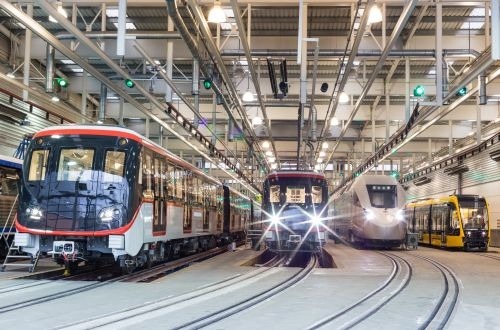 Revenue for the first three months of this year fell by 8.3% to €281m due to the devaluation of the Brazilian Real and a reduction in manufacturing. CAF says exports now account for 78% of its revenue, with an order for Euskotren being the only relevant Spanish project at the moment.

CAF says some of its most recent orders, such as 118 Civity EMUs for Netherlands Railways (NS), 16 trams for St Etienne in France, and 27 LRVs for Utrecht's Uithof Line, are in the early stage of production.

CAF also says its order intake for this first quarter is much greater than for the first quarter of 2015, with an intake of €789m in 2016 in comparison with just €426m in 2015. This is primarily due to the €740m contract it won in January from Arriva and Eversholt Rail Group in Britain for 43 EMUs and 55 DMUs. CAF's order backlog for each first quarter is virtually unchanged at €5.38bn, although this excludes very recent contracts worth around €600m.