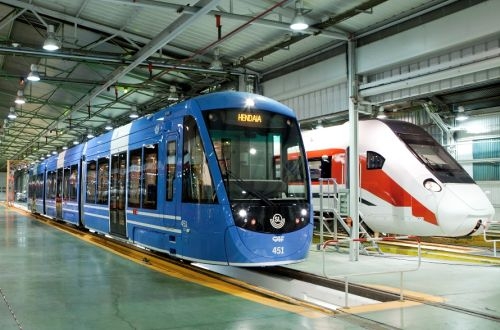 The company had an order backlog of €5.2bn on December 31 2014, with approximately 78% relating to international market projects. At the end of December 2014 CAF's Ebitda margin amounted to €146.4m.

CAF has several ongoing projects, including the supply of suburban trains to São Paulo and Belo Horizonte in Brazil, Trieste and Bari in Italy, as well as Auckland in New Zealand. CAF is also supplying mainline rolling stock for Amtrak in the US, the Netherlands and Saudi Arabia; and trams and metro trains to cities throughout the world.