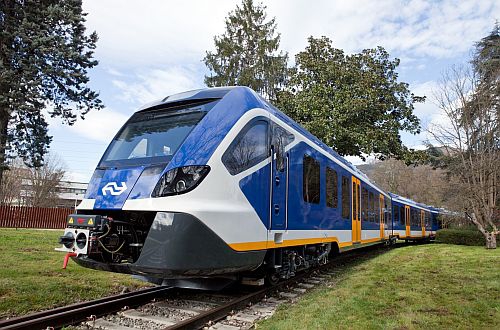 A CAF SNG EMU has been modified for the ATO trials.

CAF’s order backlog at the end of 2017 was at an historic high of €6.27bn, equivalent to 4.2 times sales for 2017, and it says the bulk of the backlog continues to be international, especially from European orders.

CAF says it expects to maintain double-digit turnover growth in 2018 due to increased sales activity, especially in Europe, and says it wants to maintain its current historic order backlog in excess of €6bn.