CAF generated €1.3bn revenue in the first nine months of 2018, a 30% increase from the €1bn earned during the same period in 2017. CAF says the increase was helped by the intense pace of manufacturing. 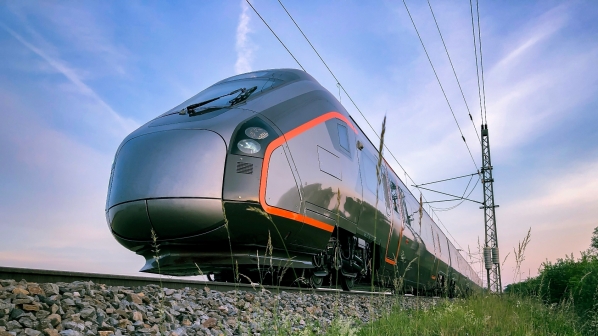 The Spanish manufacturer’s order backlog as of September 30 stood at €6.2bn. This includes the portfolio from bus and LRV manufacturer Solaris, which CAF acquired in July, but does not include projects awarded and pending signature worth €1.2bn.

New orders added to the backlog in Q3 include a contract from Sporveien, the public transport operator in the Norwegian capital Oslo, for the supply of 87 five-car Urbos LRVs with the option for 60 additional units, and an extension to a 2016 contract with operator Arriva UK and finance company Eversholt Rail to supply a further three DMUs for the Arriva-Northern franchise in Britain.

CAF maintains its outlook for double-digit revenue growth in 2018 and 2019, citing the high order intake in recent years. CAF also predicts an upward trend in profit over the next few years, driven by increased activity, especially in its European manufacturing plants, an order intake margin in line with that achieved in the past, a backlog with lower execution risk, and its operational excellence and efficiency programmes that are underway.