CAF says it has no intention of altering its strategic plan following the announcement earlier this week that Alstom and Siemens Mobility will merge to create the world’s second largest supplier of rail equipment. 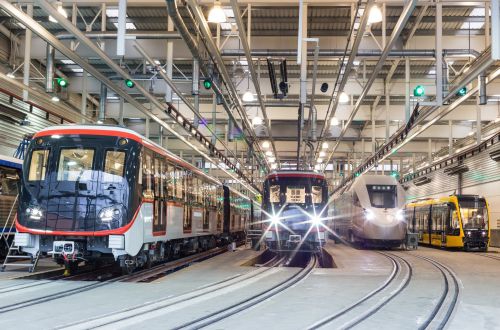 Speaking at a seminar at the Deusto Business School in San Sebastian, Spain, on September 27, CAF chief executive Mr Andrés Arizkorreta said that company’s current strategy was developed with further industry consolidation in mind and that a merger between two large players was “practically taken for granted.”

“We do not feel any more pressure than we felt yesterday,” Arizkorreta said, adding that he sees CAF occupying a position in the market as the “smallest of the big of companies.”

CAF’s order backlog now stands at €6.23bn, with 85% of orders coming from outside Spain. Arizkorreta says the company anticipates “double-digit” growth in 2017 and 2018. The company is now present in 36 countries and has eight plants with a new assembly facility in Britain due to open at the end of next year.

The company has been expanding with recent acquisitions including Italian rail vehicle and wheelset maintenance company Rifer and British engineering consultancy BWB.

While admitting conditions in the rolling stock market are “brutal,” Arizkorreta anticipates further growth in this sector and CAF is also focussing on the expansion of its aftersales business, where the environment is considered less volatile.